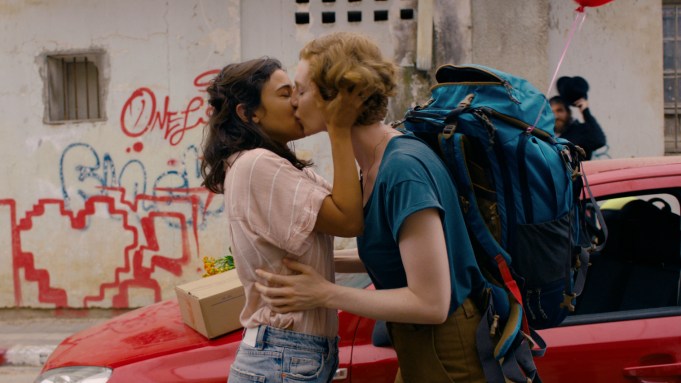 EXCLUSIVE: Here’s the first trailer for Kiss Me Before It Blows Up, a quirky-looking German comedy about two generations of Israeli women; one falls for a German woman and the other for a Palestinian man, causing chaos in their family.

The pic is having its market debut at the EFM in Berlin this month, where Paris-based Totem Films will be handling sales rights. Germany has already been snapped up by local releaser X Verleih.

Shirel Peleg wrote and directed the movie, her feature debut. The project comes from Berlin-based Fireglory Pictures. It is in English, German, Hebrew, and Arabic.

At EFM, Totem will also be continuing sales on Luxor, the feature starring Andrea Riseborough that recently had its premiere in Sundance’s World Cinema Dramatic Competition (you can watch that movie’s trailer here).