Continue to Deadline SKIP AD
You will be redirected back to your article in seconds
Skip to main content
January 6, 2022 8:53am 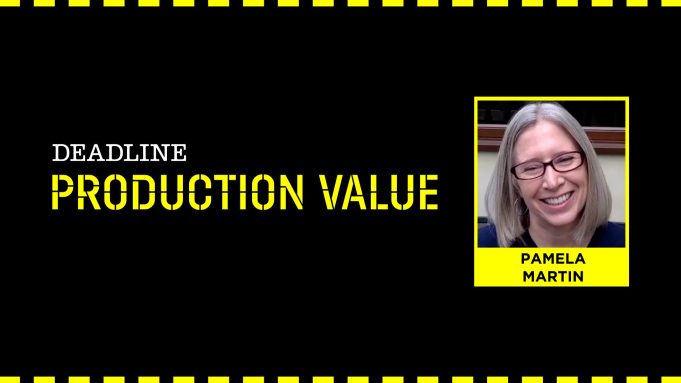 Having previously cut David O. Russell’s acclaimed boxing pic The Fighter, as well as Jonathan Dayton and Valerie Faris’ Battle of the Sexes—which was likewise set in the world of tennis—she had cultivated an ability to compress time within competition scenes, and understood that each one depicted in a given film needs “to be telling its own story.” She knew, too, how difficult the work on these kinds of titles can be. “You have to have a concrete plan about what your point of view is, where you’re putting the camera, all of that stuff,” Martin explains in the latest installment of Deadline’s Production Value video series. “It’s a mountain of work when you get sports footage in, so I questioned [Reinaldo] a lot about that. At the time, he was still kind of working it out.”

King Richard sees Will Smith portraying Venus (Saniyya Sidney) and Serena Williams’ (Demi Singleton) father, Richard, who was instrumental in helping the extraordinarily gifted athletes to fulfill their potential. Driven by a clear vision of their future and using unconventional methods, Richard had a plan that would take the young tennis players from the streets of Compton to the global stage.

Martin first met the film’s director while serving as a creative adviser at the Sundance Filmmakers Lab, where he was workshopping his first feature, Monsters and Men. Years later, Green would come to find “the essence” of King Richard within both The Fighter and Little Miss Sunshine, and it was Martin’s work on both projects about “very real families” that led him to hire her for the film. Heading into her work on it, Martin knew that its tennis scenes would be a “different beast” to contend with, in comparison to those of Battle of the Sexes, given the fact that commentary from sports announcers wouldn’t factor into the story in the same way.

“King Richard‘s sports scenes, particularly the professional matches, it was more similar to cutting action sequences because they didn’t have all the words of the announcers to help express the emotion of the match, and to help tell you exactly what was going on,” the editor says. “So, that had to be approached in a different way, which was just telling the story with the images themselves, with music, with sound effects, and telling the story with the family and their perspective.”

For Martin, the most challenging and “atypical sports scene” to cut was the last one depicted in the film—Venus’ first professional match, in which she faces off against NCAA singles champion Shaun Stafford. “The emotion had to land just so in order for the final scenes to pay off,” the editor says. “From the beginning to the end of the edit, that was the last scene that was getting reworked until we got it right.”

While King Richard benefited from a strong, layered script by Zach Baylin and the exceptional performances of those in its ensemble, and there was no pressure from Warner Bros. to ensure the film hit a certain runtime, another point of focus for Martin was making sure that it remained “playable” at its length of two hours and 24 minutes. While dropping certain scenes and reordering others, as she always is called to, she’d make sure to be “economical” with those that remained. “But everything was additive somehow,” she says, and made the payoff “that much bigger” later in the film.

“I think the best advice we got early on when we showed our very first pass of the movie to some friends and confidants was from Michael Arndt who wrote Little Miss Sunshine,” shares Martin. “He said, ‘You have a leisurely first act, but whatever you do, don’t gut it. Because everything you’re setting up in that first act in Compton pays off in spades later on.’ And he was right.”

While production on King Richard was shuttered for around seven months after launching in February of 2020 due to the Covid-19 pandemic, Martin says this would up being “fortuitous” in many respects. During the shutdown, Green was able to do even more planning for the scenes that had not been shot, with the younger actors portraying members of the Williams family coming to bond more closely via Zoom. “When I saw the dailies that came back in October, it was sort of magical,” she says. “Things that were maybe a little rough in the beginning really had clicked with them as a family unit.” The other benefit to production was the fact that the film’s young leads Sidney and Singleton had time to “grow and mature a lot” as young women—thereby more convincingly portraying Venus and Serena in later chapters of a story spanning four years.

What Martin is ultimately most proud of with King Richard is the notion that the film feels like “a really full meal,” which holds its viewers’ attention the entire way through. “I’m so happy that people are watching it and not looking at their watch,” she says. “It’s a testament to the direction and the performances, the writing, and all the craftspeople, and what they put into it.”

Martin is an Oscar- and two-time ACE Eddie Award nominee whose passion for editing emerged while studying at NYU. While she initially explored writing and directing, among other crafts, she came to realize in conversation with professor Lamar Sanders regarding her senior year thesis that she wasn’t actually all that interested in creating her own films, including the one she’d been prepping.

While attending the university, Martin had been working on the side as an editor on a PBS docuseries. Sanders had observed that she was in fact his only student at the time to have landed a “real job” in the business, and wound up encouraging her to commit herself fully to a craft that she’d found she was “really well suited” for.

What Martin enjoyed about editing was both the “more solitary” nature of the work and the opportunity it afforded her to collaborate one-on-one with a director. “I didn’t really like being on the set and having so many people around me, and so many decisions to make,” she recalls. “I mean, in the editing room, you’re making gazillion decisions all the time, but that part of it suited me well.”

Martin also observes, looking back, that she had always loved “doing puzzles and making collages”—activities that she finds akin to the work that an editor does. “It’s very much right and left brain, and I not only love storytelling, but I also, in my younger years, was a good mathematician. I think it was a good blending of the two,” she opines. “It’s also very musical, and I played a lot of musical instruments growing up. So, it just was a good fit and felt right for me.”

After completing her 15 months of work on the aforementioned PBS project, Martin made the leap into narrative features with an assist from NYU professor Christine Choy. “She called me one day and said, ‘A former student here who came out of the grad department is making his first movie,’” she says. “‘His name is Ang Lee, and they need an assistant editor.’” She thus entered the early-career orbit of the future Oscar winner, working closely alongside him and his editor Tim Squyres on films including Pushing Hands, The Wedding Banquet and Eat Drink Man Woman. On Pushing Hands, she was trained on 35mm film and learned how to be a good dialogue editor, replacing conversation in both English and Chinese “by ear.” On The Wedding Banquet, which was the first film in New York to be cut on the Avid, she would delve into the mechanics of the cutting-edge machine, to the extent that she could both take one apart and put one together in her sleep.

A second big break for Martin came when Good Machine, the company behind Lee’s early films, introduced her to actor-director Tom Noonan, who needed “another set of eyes” on the 1994 romantic comedy What Happened Was…, which he was editing himself. After landing an associate editor credit on that project, she found her first full feature editing credit on David O. Russell’s breakthrough 1994 comedy Spanking the Monkey.

Martin found her first studio picture in Tamara Jenkins’ 1998 comedy Slums of Beverly Hills, then finding Big Breaks 3 and 4 in Little Miss Sunshine and The Fighter. She tackled the former family drama between having two children, finding that its “huge success” brought her offers to work on “an entirely larger slate of movies.” And after working on the latter, a door opened to even more opportunities. “I would get scripts for what I would call ‘macho fare’ that I had never been offered—tentpole movies, you name it,” she remembers. “It sort of just opened up a whole world to me where I wasn’t pigeonholed into doing one thing.”

Throughout the various stages of her career, Martin has continued to relish the opportunity to do “incredibly creative” work, the nature of which is always changing. “I get to go to work and play with picture and sound, and music and dialogue, and I feel like I’m making a work of art, and I get paid to do it,” she reflects. “So, it’s a wonderful thing.”

Check out our entire conversation with Martin above.