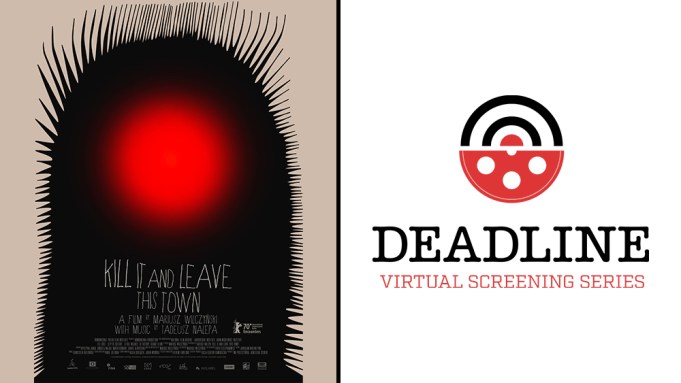 The journey behind Polish animation Kill It And Leave This Town was a lengthy and deeply personal one, reveals the filmmaking team of director Mariusz Wilczynski and producer Ewa Puszczynska.

A remarkable 14 years in the making, the beguiling and curious feature was hand-drawn by Wilczynski, who is an artist and animator by trade. The story is semi-autobiographical, encompassing a variety of emotions the director had after losing his parents. “I felt I had neglected my parents,” he says during the film’s showcase in the Deadline Virtual Screening Series. “I was busy with my career, but when they were no longer there, there was no tomorrow.”

He says debuting the film to the world has been a cathartic experience, following its premiere at the Berlinale earlier in 2020. “After the reception I felt I was not the only person who might have neglected their parents,” he explains.

Both Wilczynski and Puszczynska had concerns that the project may be too personal to be accessible for a wide audience, but the director reveals a recent experience with a virtual film festival in Peru set the record straight.

“I told them my film is understandable only by those who have experienced the grief of losing loved ones and have realized the mistakes we can no longer make up for,” he says. However, he adds that a group of young critics from Peru reminded him that many people had lost loved ones during this pandemic, and as such were able to relate to the themes of the movie.

Puszczynska joined the project nine years into its production, saying she “saw an opportunity to make a perfect piece of art, on the verge between animation film and fine art.”

“This film is very personal for me as well, me and Mariusz used to live just around the corner from each other in the same town. I really wanted people to understand it on a level of emotions and through their own experiences,” she explains. “I think we managed it, that makes me feel very happy.”

Outsider Pictures is handling U.S. distribution and sales on Kill It and Leave This Town.