Continue to Deadline SKIP AD
You will be redirected back to your article in seconds
Skip to main content
June 20, 2019 8:59am 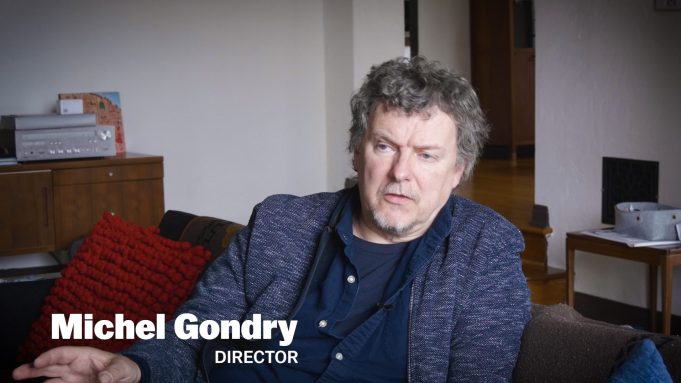 An inventive artist known for his ability to craft tactile, emotional, and colorfully surreal worlds, Michel Gondry’s love of the handmade is deeply felt. The Oscar winner behind 2004’s Eternal Sunshine of the Spotless Mind, Gondry recently brought his distinct taste and style to Kidding, a dark comedy from Dave Holstein, centered on the downward spiral of a children’s television host.

Helping to foster the visual language of Kidding as an executive producer and director, Gondry also has left his mark on the series by designing its main title sequences by hand. In his time away from set, the director has spent many hours at his desk, creating a segment to open each episode, with nothing more than construction paper, pens, glue and the time-lapse function on his phone.

“All that is done on my own, by my own means. I try to find a way that the work I do reflects who I am, without doing it on purpose,” the director explains, in the latest installment of the Production Value video series. “It sounds kind of counterintuitive, but I think that that’s what counts. You put yourself, without really knowing what you put.”

Inviting Deadline into his home studio late last month for a firsthand look at his design process, Gondry explained the way in which the creative work he’s doing now mirrors that which he was doing as a child. “Doing the credits—recreating a scene, a character with paper—is very, very close to what I was doing when I was eight, and I think it sort of helped define the show,” the Oscar winner shares. “It’s a little element [that’s different from] the CGI, complex credits that you have generally in TV shows.”

Certainly, Gondry has no quarrel with CGI. Visual effects have their place in any number of his projects, though he has resisted the common impulse to “smooth things and make things perfect” with these tools.

Instead, he’s taken “the risk to fail” with his designs, trying to create from a place of honesty and embrace “little mistakes,” with a deep-seated belief in the value of original work. “The idea that it’s made by hand makes it unique. It’s not coming from a factory or a machine, so it cannot be reproduced,” he reflects. “It’s like something very strict, but created in chaos.”

To check out our discuss with Gondry about his first television project, and see for yourself how Kidding’s time-lapse sequences come together, click above.