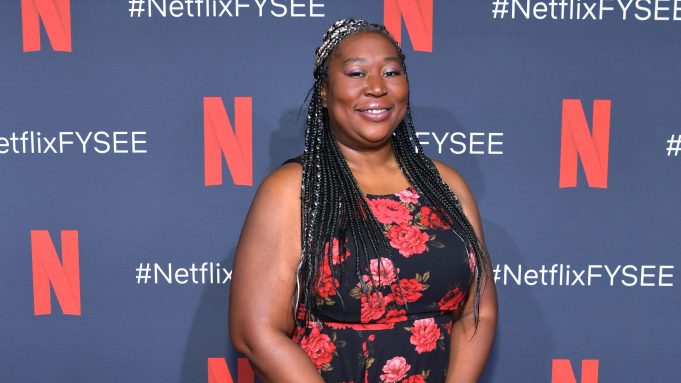 There are certainly many fine actors working in Netflix’s hit comedy series GLOW, which is set in the world of female wrestling, but the one cast member who stands out in the pack as the real deal is Kia Stevens, who came to the show playing Tammé, aka “The Welfare Queen,” with a lot of advantages.

As the pro wrestling monster Awesome Kong, she has competed all over the world and was one of TNA Wrestling/Impact Wrestling’s main attractions for years, becoming a two-time TNA Knockouts champion among other accolades. She also wrestled for the WWE as only the third woman to enter a Royal Rumble Match.

Now she regularly steals scenes on GLOW, a show she watched and dreamed of being on in its original incarnation as a series. Dreams do come true.

Check out our conversation above from Netflix’s Scene Stealers panel.