Continue to Deadline SKIP AD
You will be redirected back to your article in seconds
Skip to main content
June 29, 2020 1:44pm 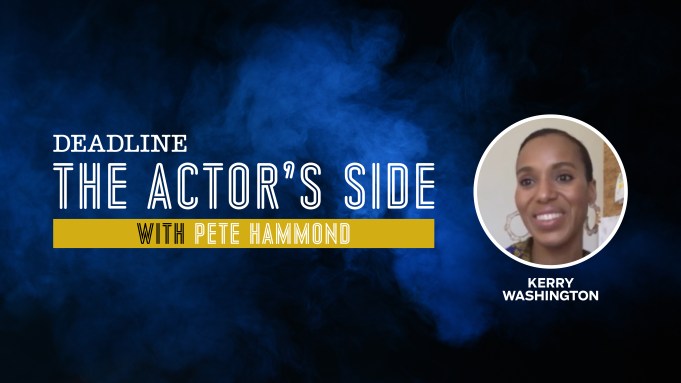 After wrapping up her long-running hit ABC series Scandal, on which she worked 16-hour days, Kerry Washington only has plans to take some time off. But some irresistible acting opportunities, including Broadway, came her way almost immediately, and soon that planned vacation had to be put off a little longer.

Now she is Emmy-buzzed for two different roles, and it looked like she made the right decision. In today’s special Monday episode of my Deadline video series The Actor’s Side, you will learn how the star decided to tackle the stage with a production of the harrowing American Son, about how an interracial couple deals with the arrest and aftermath of their only son, a young black man involved in a tragic altercation with police. This was timely on Broadway, and it was timely when the original cast re-created it for Netflix, but it has become even more timely and urgent even in the few weeks since we taped this episode.

Washington talks about the challenge of bringing a film version in just five days, her “seat at the table” now as a producer in making sure things are done right and why she thinks of Denzel Washington as a role model in terms of mixing stage roles every few years with film and TV work. And since there was no rest for the weary, Washington jumped right into Little Fires Everywhere, the Hulu limited series in which she stars with Reese Witherspoon and also produced with her and their partners. Race also figures into that project as her role of Mia was not written as a black character in Celeste Ng’s best seller, so added layer made this all the more interesting for her.

She also talks about the rise in female-oriented projects, saying there is now “room for everybody” to tell stories that meaningful. To hear The Actor’s Side from Kerry Washington click on to our conversation at the link above.