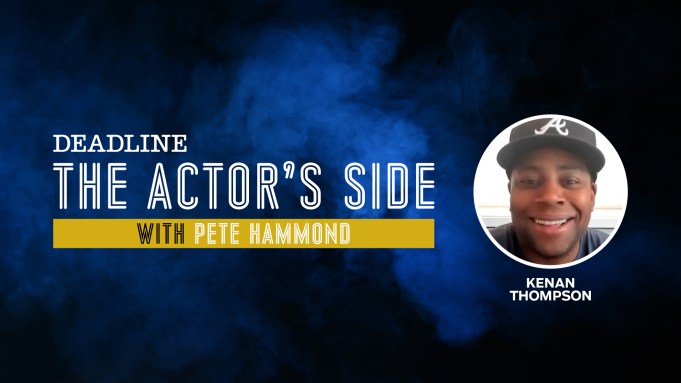 In 2003, Kenan Thompson, at age 25, became the youngest cast member of Saturday Night Live — in fact he wasn’t even born when the show went on the air in 1975. Now celebrating his 18th season as a regular cast member, he is the longest-running star of SNL ever.

Thus it seems appropriate that among his two Emmy nominations this year, one of them is again for Outstanding Supporting Actor in a Comedy Series for SNL, a category where he just may be the sentimental favorite, as well as one who is most deserving of finally getting an Emmy win. Actually, he does have an Emmy —  for his contributions to a song, “Come Back, Barack” that was used on SNL‘s 2018 season, plus a nomination for a Christmas song for SNL in 2017 — but his other career nominations are all for his versatile acting talents, which include a second nomination in 2021 for his new sitcom Kenan as Outstanding Lead Actor in a Comedy Series.

It is no wonder that SNL and Kenan producer Lorne Michaels has said Thompson is “the person I most rely on.” Indeed.

In his 18 seasons on SNL, Thompson has done about 140 celebrity impressions, so naturally I had to ask him his favorite when he joined me for this week’s episode of my Deadline video series The Actor’s Side. We talk about why SNL is also part of his “forever plan,” a safe comedy haven for his talents that he wants to continue with, even as he goes into a second season of Kenan. Fortunately, as he says, schedules can be juggled. We also talk about what two Emmy nominations in the same year mean to him, plus his many career highlights since entering the business at age 5 (and yes, that even includes his role in the eponymous Snakes on Plane).

Check out our conversation by clicking on the video above and get the “actor’s side” of things from Kenan Thompson.