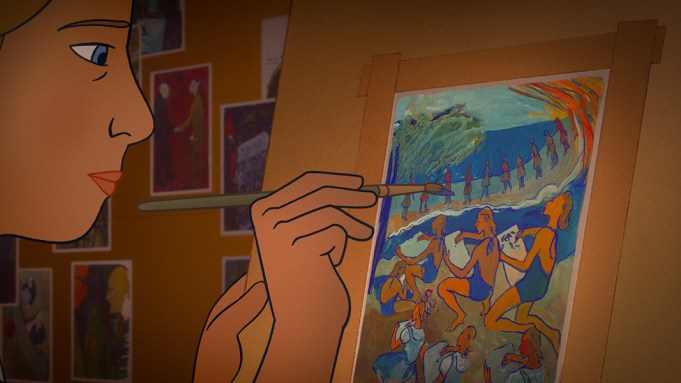 EXCLUSIVE: Here’s your first clip for animated film Charlotte, which is getting its world premiere today at the Toronto Film Festival.

The Canada-France-Belgium animated drama is directed by Eric Warin and Tahir Rana. It depicts the true story of Charlotte Salomon, a young German-Jewish artist who comes of age on the eve of the Second World War and defies incredible odds to create a timeless masterpiece.

The project is inspired by the autobiographical painting series “Life? or Theatre?” by Salomon. The French version of Charlotte will feature the voices of Oscar winner Marion Cotillard and Romain Duris.

Sierra/Affinity is handling global sales. Elevation will distribute the movie in Canada. MK2 Mile End is releasing the film in Quebec, The Searchers in Benelux, and Diaphana in France.