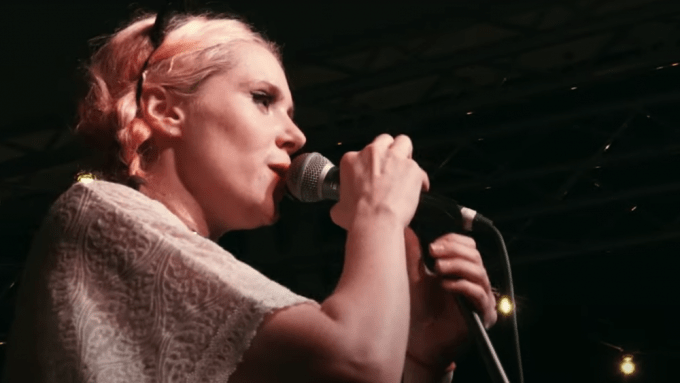 EXCLUSIVE: The first trailer for Kate Nash: Underestimate The Girl has dropped and it immediately gives us the impression that the singer-actress is not here to play.

The Amy Goldstein-directed documentary screened at IDFA, DOC NYC and was previously released in the UK on the BBC Three as part of the Storyville strand that brings provocative films to broad audiences. The docu tells the story of the titular pop-turned-punk star Kate Nash as she tries to take control of her career. After coming from a working-class family in North London she launched into the stratosphere to become a chart-topping, platinum-selling pop star. But she was an outspoken artist in an industry where honesty is not rewarded.

Fast forward to ten years later and Nash was nearly homeless, defrauded by her manage and forced to take odd jobs and at one point, she had to sell off her clothes. After hitting bottom, she rose out of the darkness by crowd-funding her third album, using the uplifting power of online culture and her own authentic voice. She also made the move to acting in the critically acclaimed Netflix series G.L.O.W.

With an unfiltered lens, Kate Nash: Underestimate the Girl uses Nash’s music to frame her story about an artist in flux who manages to come out on top in an industry that proves its own gender bias at every opportunity.

The docu from Nerdbombers and Span Productions will debut May 22 on the virtual cinema platform Alamo On Demand. There will be a special interactive performance and Q&A with Nash on May 23 6pm PST / 9pm EST. It will have a limited traditional theatrical rollout in August.