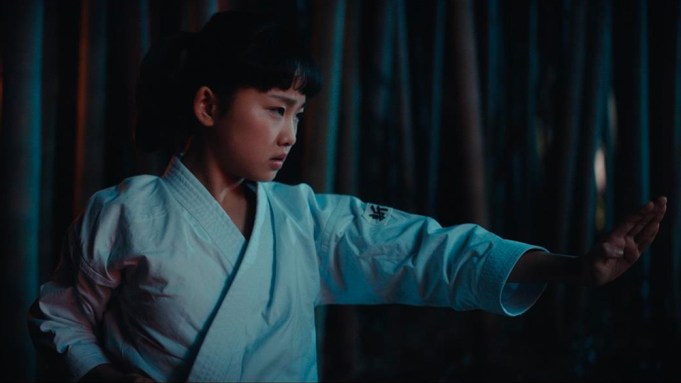 EXCLUSIVE: Deadline has your first look at short documentary Kata, which is set to premiere at the 2021 Tribeca Film Festival on June 10.

From director and writer James Latimer, the film follows the journey through the mind of 13-year-old Mahiro Takano, a long-time undefeated national kata karate form champion, who comes face-to-face with her greatest enemy yet.

Of the short doc, Latimer expressed how his love of Japanese culture formed his unique vision for this story.

“In attempting to tell this story, I realized how important it was to me to tell it from the eye – opening perspective of how I experienced video games and the magic of Japan as a child. Embracing a clash of Eastern and Western fantasy tropes along with Japanese philosophy became key to dive into the mind of Mahiro and have a Western audience appreciate her cultural background that’s so ingrained into who she is,” Latimer said.

Describing Kata, he says the short “rides the line between fantasy and reality, narrative and documentary.” He continues saying, “the little bit of magic that Mahiro casts on us for seven minutes is a snapshot of the magic Japan has casted on me my whole life. The medium of film grants the ability to tell real stories that go beyond language and move an audience to their spiritual core.”

Takako Kikuchi and Kohei Mashiba round out the cast. James Latimer also produces. Conan Amok serves as a co-writer.

Check out the first clip from Kata above.