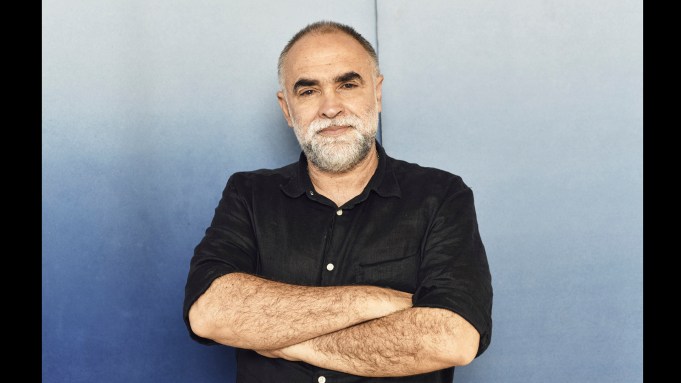 Filmmaker Karim Aïnouz returns to the Cannes Film Festival this year with Mariner Of The Mountains, a moving documentary which sees the director travel for the first time to Algeria, his father’s homeland. Aïnouz stopped by Deadline’s Cannes Studio to talk about his most intimate work yet as he documents the story of love and separation, following the trail of a father he never met.

“It’s a very personal story but I think the challenge was to also make it accessible and interesting to other people,” Aïnouz tells Deadline.

In the doc, we see Aïnouz touch down in Algeria for the first time in January 2019. It’s a place he’d longed to visit but had been unable to do so for many years due to the country’s long-lasting political instability. When he arrives at his father’s birthplace, he’s not sure of what he will unearth as he travels high up in the Atlas Mountains in Kabylia, where some of his extended family still live. His mother and father separated when his mother was pregnant with him in Brazil and his father returned to Algeria to fight in the national revolution. It’s an emotional journey for Aïnouz that brings to the surface questions of identity, family and love.

Mariner of the Mountains screens in the festival’s Special Sessions section and marks a return to the Croisette for the helmer after he won the Cannes Un Certain Regard prize in 2019 for Invisible Life.