Continue to Deadline SKIP AD
You will be redirected back to your article in seconds
Skip to main content
February 10, 2021 1:56pm 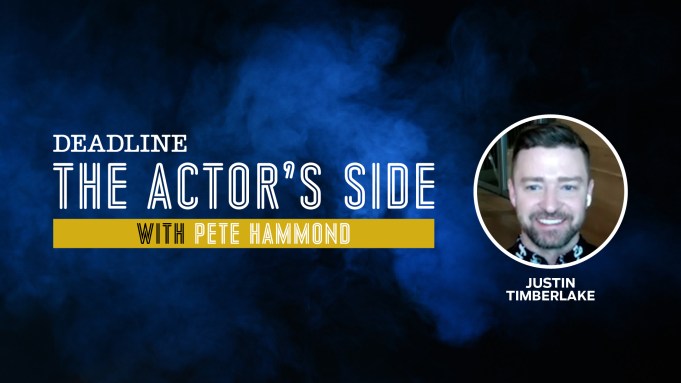 Justin Timberlake is undoubtedly a musical superstar, but increasingly he has impressively been showing his acting chops on the big screen, a major reason I wanted to include him in my Deadline video series The Actor’s Side.

He has worked with a number of top-ranked directors in the past including the Coen brothers (Inside Llewyn Davis), David Fincher (The Social Network), Woody Allen (Wonder Wheel), as well as honing his craft in the likes of Alpha Dog, Black Snake Moan, Bad Teacher, Trouble With the Curve opposite Clint Eastwood, and even charmingly in voice-over animated roles in the Trolls movies (the first one brought him a Best Song Oscar nomination), Shrek the Third, and as Boo Boo in Yogi Bear. All of this has somehow led to Palmer, which debuted last week to big numbers on Apple TV+ , and which represents his finest screen work to date.

Playing an ex-con who saw a once promising future evaporate when he ran into trouble with the law, his portrayal of Eddie Palmer is right on the money. As a guy returning to his small Southern hometown who forms a bond with a young kid (played by Critics Choice nominee Ryder Allen) who is basically left on his own by a mother with serious issues, Timberlake nails the nuance of a man looking for a second chance and finding it through an offbeat kid also looking to be accepted for who he is. Oscar winner Fisher Stevens directed the film from Cheryl Guerriero’s Black List screenplay.

When I spoke to Timberlake I could tell he is really proud of this one, and we covered all aspects of it, particularly taking on a role set in the South where he came from, as well as other aspects of his career that started with his gig on The Mickey Mouse Club along with several other future superstars Britney Spears, Christina Aguilera and Ryan Gosling just to name some of them. What was in the water at that craft table? He also talks about being away from the concert stage during this pandemic, but the good things that forced absence has meant for his own personal life.

To watch my conversation and get the actor’s side from Timberlake, check out the video above.