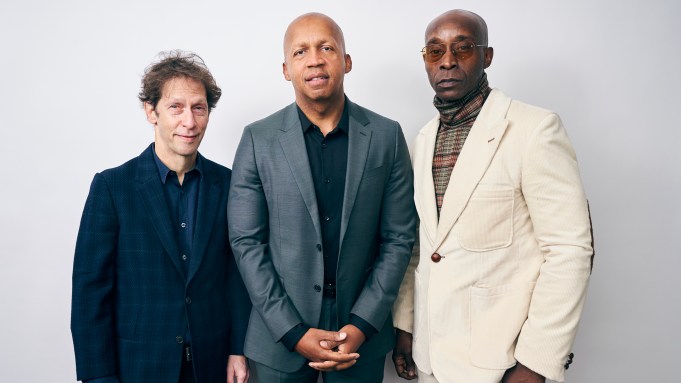 Most authors would jump at the chance to have their book adapted into a Hollywood film. But activist and attorney Bryan Stevenson, who wrote the memoir Just Mercy about his crusade to reform the criminal justice system, says he was prepared to walk away from any movie project that didn’t meet certain standards.

“I’d be more comfortable with no film than a film that distorted or undermined the work that I’ve been trying to do,” Stevenson said recently at Deadline’s The Contenders New York awards-season event. “But that’s where working with [director] Destin [Cretton], working with Michael B. Jordan and then meeting the cast gave me a lot of hope.”

Jordan portrays Stevenson in the big screen version of Just Mercy, released by Warner Bros in limited theaters Christmas Day. The film centers on a real-life case Stevenson took in the late 1980s, trying to win freedom for Walter McMillian (Jamie Foxx), a man sentenced to death in Alabama after he was wrongfully convicted of murder. Stevenson maintains the case reflects a larger pattern of unequal justice in America.

“For me, this [movie] was about getting the world and the country to understand and see things that I don’t think they’ve seen. The United States has the highest rate of incarceration in the world…The projection at the beginning of the century was that one in three black male babies born in this country is expected to go to jail or prison…And it’s almost like we don’t care,” Stevenson, on the panel with the film’s co-stars Tim Blake Nelson and Rob Morgan, told Academy and guild voters gathered at the DGA Theater.

“I was nervous because if you do [the movie] wrong you don’t actually achieve the kind of education you’re trying to do. But through the extraordinary performances of people like Rob [Morgan] and Tim [Blake Nelson] and Jamie and Michael, it’s been an incredible process for me. And now that millions of people will get to learn some things that they don’t know, and hopefully act on those things — it’s very exciting.”