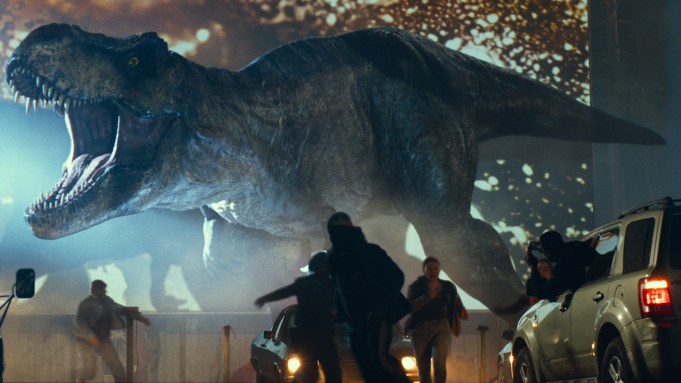 Universal Pictures today unveiled an unusual piece of marketing ahead of its June 2022 release for Jurassic World: Dominion, a “prologue” to the sequel that will not make up part of the final film.

The video plays out in the vein of a David Attenborough doc, minus the narration, taking viewers 650 million years into the past to witness a rendering of what life looked like when dinosaurs (first) roamed the Earth.

It shows off seven species of dinosaur that have not been depicted in the Jurassic World universe previously, as per usual rendered by VFX outfit Industrial Light & Magic.

Later, the vid then hops closer to present day, showing a drive-thru movie screening being interrupted by an angry T-Rex while she is chased by an armed helicopter.

This is the same short that was released theatrically as an IMAX preview in front of F9: The Fast Saga.