Continue to Deadline SKIP AD
You will be redirected back to your article in seconds
Skip to main content
April 7, 2021 6:00am 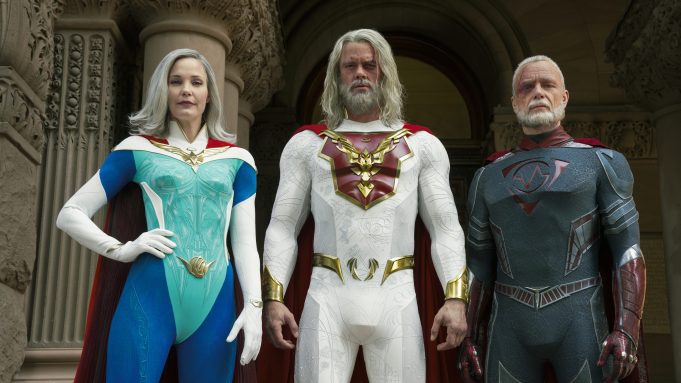 Based on the acclaimed graphic novels by Mark Millar and Frank Quitely, the series tells the story of the world’s first generation of superheroes, who received their powers in the 1930s and have kept the world since ever since. In the present day, figures like “The Utopian,” also known as Sheldon Sampson (Josh Duhamel), look to their children to continue their legacy. But while the young superheroes are hungry to prove their worth, tensions rise, as they struggle to live up to their parents’ legendary public reputations, and their exacting personal standards.

In the trailer above, a grey-haired, bearded Utopian tells his children, Brandon (Andrew Horton) and Chloe (Elena Kampouris), “Everything you do is a reflection on this family. You have to be the ideal.”

But from Chloe’s perspective, “No one can live up to the ideal, not even Dad.”

Like the Watchmen comics created by Alan Moore, artist Dave Gibbons and colorist John Higgins, Jupiter’s Legacy looks to explore evolving cultural perceptions of superheroes, reflecting on their loss of status or popularity over time. “It used to be that you protect your country, they called you a hero,” says The Utopian, solemnly.

As revealed in the trailer, the series will also explore a place called “The Island,” revealing what the first generation had to do there, to earn their powers.

Premiering globally on Netflix on May 7th with an eight-episode first season, Jupiter’s Legacy also stars Ben Daniels as Walter Sampson aka “Brainwave”; Leslie Bibb as Grace Sampson aka “Lady Liberty”; Mike Wade as Fitz Small aka “The Flare”; Matt Lanter as George Hutchene aka “Sky Fox”; and Ian Quinlan as Hutch.

Check out the first trailer for Jupiter’s Legacy above.