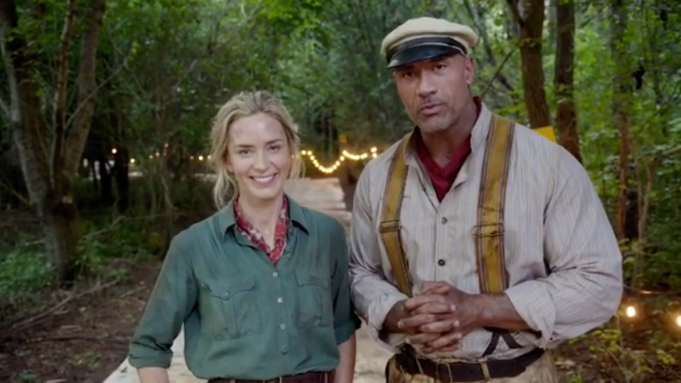 Disney has dropped the first trailer for Jungle Cruise, its anticipated adventure film based on the Disneyland and Disney World’s Magic Kingdom ride, starring Dwayne Johnson and Emily Blunt.

In the movie, Johnson stars as a boat captain who guides Emily Blunt and her brother (Jack Whitehall) on a trip to find a tree said to have healing powers.