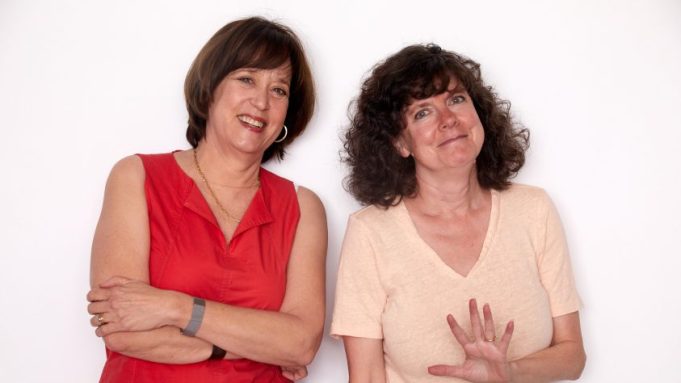 Then Julia Child arrived, armed with sauce pans and cast iron cookware, mountainous quantities of butter and expert knowledge in French cooking. Child, 1912-2004, is the subject of the TIFF documentary Julia, directed by the duo who brought us RBG—Julie Cohen and Betsy West.

“The popular dinner party dishes at the beginning of the time that Julia Child came around were Spam with pineapples, Jell-O molds with all kinds of disgusting vegetables in them,” noted Cohen as she and West dropped by Deadline’s TIFF Studio in Toronto. “Julia Child came onto the scene at a time when Americans weren’t deeply enmeshed in the idea that delicious food was important.”

West expanded on that theme, as you’ll see in the video above.

“Julie and I both grew up in a time of frozen food, weird Jell-O salads, mushroom soup casserole and Julia changed all of that,” West said. “Julia introduced us to French food… America is a very different place after Julia.”

The doc, from CNN Films, Imagine Documentaries and Sony Pictures Classics, explores how Child learned to cook under the tutelage of French masters while living in Paris with her husband Paul Child. Then with collaborators Louisette Bertholle and Simone “Simca” Beck, she wrote the bestselling Mastering the Art of French Cooking. That cookbook was highly influential, but the sauce really started to thicken when a Boston public television station (now WGBH) began airing a cooking instruction show starring Child, The French Chef. Et voilà.

“There’s a great moment in the film where Julia’s holding up an artichoke and saying, ‘Don’t be afraid of this!’ Cohen said. “It might seem a little odd now that Americans would be afraid of artichokes, but in the 1960s they were and the reason they’re not now—the reason that artichoke-phobia is not sweeping the nation—is because of Julia Child and the greater understanding and appreciation she brought for all kinds of fantastic food.”

For more on the film, including why masking and duct tape became key ingredients on Child’s show, click on the video.