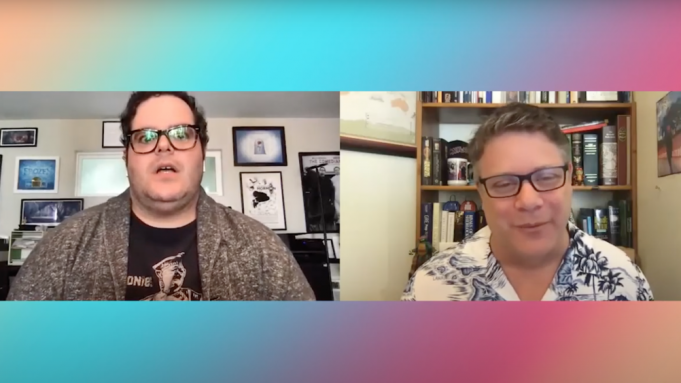 Hey you guuuuuuuuys! The Goonies are coming back! Josh Gad is hosting a reunion of the original cast of the Richard Donner-directed 1985 iconic adventure pic executive produced by Steven Spielberg. Yup, you heard that right: Mikey and the gang will be gathering for a reunion (with special surprises) on April 27 at 9am PT/12pm ET.

No word yet on what exactly The Goonies reunion will entail, but what we do know is that Gad is now an honorary Goonie.

Speaking of The Goonies, Fox is currently working on a drama pilot about students doing a shot-for-shot remake of the popular film. The project comes from The Bold Type creator Sarah Watson and the Gail Berman-run SideCar. Donner and Spielberg are also involved.

Watch the conversation between Gad and Astin to see how this Goonies reunion came about.