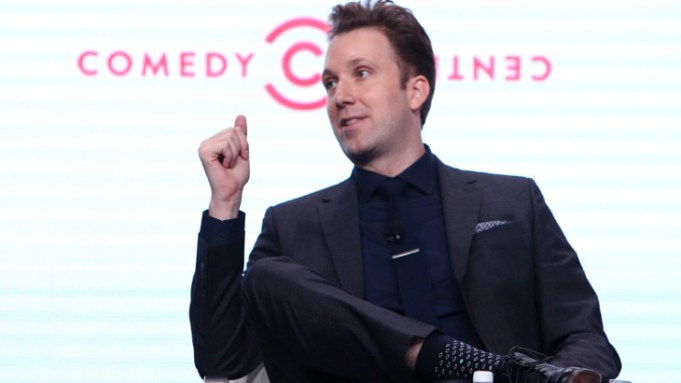 This video just opened Klepper’s chat with the Clintons. In it, he enlists the couple to advise him as to what crowdfunding campaigns he should support, and gets Hillary to read from Robert Mueller’s report about Russian interference in the 2016 election she lost to Trump.

Klepper’s Clinton interview is part of the former POTUS and Secretary of State’s national 13-day chatting-with-friends tour. They were interviewed by Ben Stiller in Detroit earlier this month, and are set to sit down with Tony Goldwyn in Boston on Tuesday.

Klepper, former The Daily Show correspondent and The Opposition host, is debuting his new weekly documentary series, Klepper, on Comedy Central, on May 9, at 10:30 PM ET. In the docu-series, Klepper “[rides] shotgun with America’s resistors, contrarians and dreamers.”