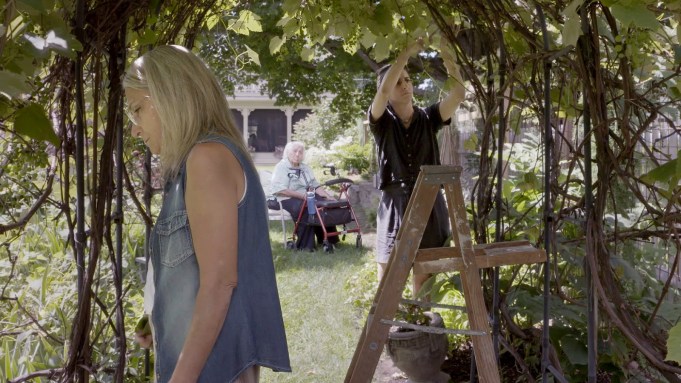 EXCLUSIVE: We have your first look at the Sundance film Joonam, the feature directorial of Sierra Urich that is making its world premiere in U.S. Documentary Competition.

Urich, who grew up in Vermont, explores her quest to connect with her heritage in Iran, the country that her grandmother Behjat and mother Mitra knew as home but left after the Islamic Revolution (Mitra departed for college in 1979, the year of the revolution — before knowing she wouldn’t be able to return — and Behjat left Iran in the 1990s to join her children). Sierra’s got a deep bond with her colorful grandmother, who recounts tales of marrying at a very young age. But Behjat speaks limited English and Urich can muster only a little Farsi.

“Only knowing Iran through family stories, food, and holidays, and with the prospect of travel to the country a seemingly impossible dream, [Urich] embarks on a personal quest to make sense of her fractured Iranian identity,” the Sundance program explains. “Navigating barriers of language and culture (not to mention the complications of geopolitical conflict and displacement), Sierra turns to Mitra and Behjat to construct a deeply moving and sometimes disarmingly funny portrait of three generations of women and their complex relationship to an Iran of the past.”

In a Meet the Artist video on the festival’s YouTube page, Urich observes, “At its heart, this film is about the loss of land and home from the perspective of three generations of Persian women. This is a very personal story for me and it’s one that I hope is reflective of the experiences of other children of immigrants who are longing for a home they’ve never seen.”

“Named for a Farsi term of endearment, Joonam is infused with humor and heart like only a film about family could be,” the festival says. “Interrogating family history and memory, including her grandmother’s experiences as a preteen bride and her mother’s rebellious teenage years during the Iranian Revolution, Sierra Urich constructs a rich, personal film that poignantly reflects the experiences of the Iranian diasporic community and speaks to anyone affected by the dislocation that accompanies immigration.”

Joonam premieres Saturday, January 21 in Park City. Additional screenings are set for January 22, 23, 26 and 27 at various locations. The documentary will be available through the Sundance online portal from January 24-29.

Watch the exclusive clip above.