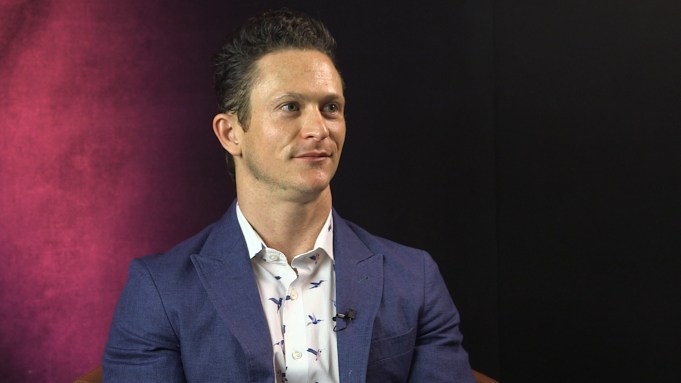 “The train is going at 150 miles an hour — you better be going 200 so that you on your horse can latch up onto the moving vehicle and then make some progress, because you are trying to be of service to the character and be of service to the project,” Jonathan Tucker says of the pressures and pleasures of joining Westworld this season. “So you have to do a lot of work before you show up because there’s very little room for error,” the Kingdom veteran adds in the latest installment of Deadline’s Next Generation TV video series.

“That’s what’s exciting when you come on to a show like Westworld, because you see what everybody else brought to the story and everybody else is operating at a high level,” Tucker declares of his stint on the sprawling and ambitious HBO drama as the ruthless and doomed Major Craddock. “Then you’ve got Jonathan Nolan and Lisa Joy, and they are this magical couple, they really are, and the write to the scale they are allowed to on HBO’s dime and the power that that platform has to offer.”

An alum of the now canceled Audience MMA series plus Parenthood, Justified and American Gods, among others, Tucker’s time on Westworld this year added yet another level to the complexity that is the intricate Nolan and Joy series. It also offer the actor an opportunity to witness up close the work of one of his professional role models, Ed Harris, who plays the Man In Black.

Click on the video to watch more of my conversation with Tucker, hear what his favorite role was, and his deep-seated notion of the importance of service, professionally and personally.

You can check out other installments of Next Gen TV too like my June 5 sit-down with Atlanta’s Brian Tyree Henry, or my May 29 conversation with Holly Taylor of The Americans.