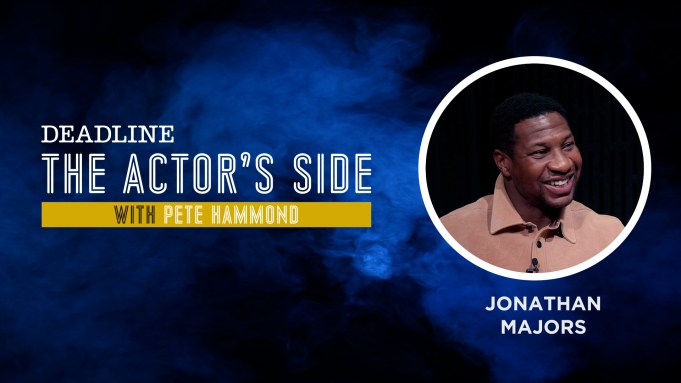 There can be no question that the shining moment for Jonathan Majors has come. He is everywhere, most notably in Sony’s Devotion, opening today, where he plays Jesse Brown, the first Black Navy fighter pilot, who became a hero during the Korean War. Then get ready in March to see him ferociously take on Adonis Creed in the latest sequel to the Rocky-inspired boxing films starring and directed by Michael B. Jordan. Majors plays the imposing Damien “Dame” Anderson and is so bulked up that he made the cover of the latest Men’s Health magazine. Also coming up next year, he takes on MCU legend Kang the Conqueror in Ant Man & The Wasp: Quantumania with Paul Rudd and Michael Douglas. And that is not all: You most likely can expect to see him at Sundance in January with Magazine Dreams, a pet project of which he is very proud.

This is prime time for Majors in the major studio league, but those who have followed his career knew to expect big things from the multi-talented actor. I first noticed him in his spectacular supporting turn in 2019’s wonderful The Last Black Man in San Francisco, which led to notable performances in Spike Lee’s Da 5 Bloods, and Jeymes Samuels’ The Harder They Fall , both for Netflix, as well as on television in such series as When We Rise, Loki and his Emmy-nominated turn in Lovecraft Country. He joins me this week for my Deadline video series The Actor’s Side ,where we talk about why it is all coming together for him now and how he choose his wide variety of roles. To watch our conversation, just click on the photo above.

Join me every Wednesday during Oscar season for another episode of The Actor’s Side.