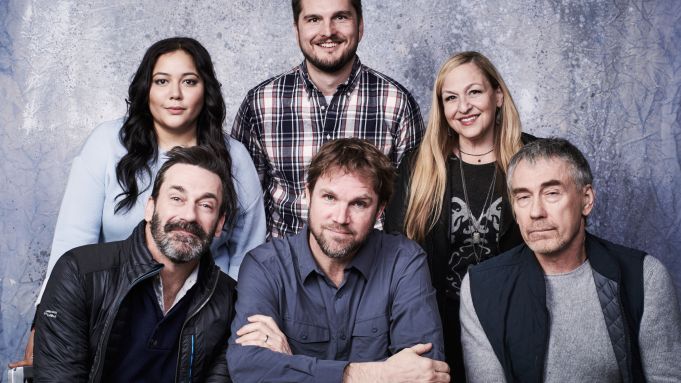 “These issues and these stories don’t go away,” says Jon Hamm of the Middle East conflicts detailed in the 1982-set Beirut directed by Brad Anderson and penned Tony Gilroy. “What I think is evergreen or important about the story is it gets to the root of what the problem is,” adds the Emmy winner of the Bleecker Street film that debuted at the Sundance Film Festival this year.

In one of his strongest big screen performances yet, the Mad Men alum and Sundance vet portrays a soused ex-diplomat called back into service in the Lebanese capital on the eve of what will be the first of many dominos to fall in the region over the next three decades. With four screenings at the fest, including one today, the film starring Rosamund Pike, Shea Whigham and Dean Norris is scheduled to be released in April 11.

Written by Gilroy back in 1991, retooling Beirut was a unique challenge for the Bourne franchise, Michael Clayton and Nightcrawler scribe, as he reveals in our video interview above.

“I’ve never taught, but if I taught I might actually teach the comparison,” Gilroy explained in what is his inaugural Sundance. “Plotwise, it doesn’t change but molecularly, inside of it, I think it is a much more emotionally honest and pure thing.”

Check out my chat with Gilroy, past Sundance competitor Anderson and Hamm above for more.

With its Awards ceremony tonight, Sundance 2018 wraps up tomorrow.