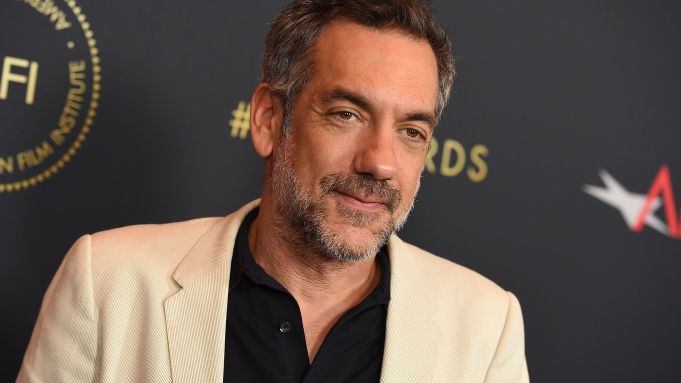 Joker director Todd Phillips grew up on Long Island and attended New York University, so he had plenty of real-life observation to channel into his vision of the film’s Gotham City.

Phillips described his work on Joker, which leads all films with 11 Oscar nominations, during a Q&A following an Awardsline screening at WarnerMedia’s New York headquarters. (Watch a lengthy video clip above.)

The film’s aestheric took shape after conversations between Phillips and crew members like fellow New York native Mark Friedberg, Joker‘s production designer. “You start talking about being in New York in the early-80s, late-70s, garbage strikes, what New York looked like,” he said. “Everything in the movie was run through a very realistic lens.”

Star Joaquin Phoenix drew inspiration from the garbage-strewn streets, even though he had to use his imagination when his character, Arthur Fleck, has a violent confrontation with a group of thugs on a subway. New York City’s transportation authorities, Phillips noted, will not allow graffiti — a fixture of down-at-the-heels city of the time — to be spray-painted on cars being used by film crews. It was added later, with CGI. “But Joaquin is just somebody who got into it,” Phillips said, “through all of the characteristics of Arthur, but also the wardrobe.”

Beyond the craft elements, on a thematic level Phillips was committed to a more extreme vision than previous takes on the DC Comics character. He said he wanted the film to have a “protest” feeling consistent with the Crosby, Stills, Nash & Young protest song, “Ohio,” about the killings of four unarmed students at a 1970 Kent State University anti-war demonstration.

“There is a loss of empathy in the world that we all feel nowadays. … Everything else was built on that,” Phillips said. “What if you grow up in a world without empathy? What if our Gotham was a cold, dark place full of people who don’t really give a sh-t about each other? That’s where this villain comes from.”

Phoenix “liked the spirit of the film, the sort of anti-comic book film,” but he insisted on having detailed meetings with Phillips over three to four months before committing.

“It was like prep in a way,” the filmmaker said, referring to a customary phase of pre-production. “It really helped us down the road.”

One key aspect of Phoenix’s performance that fell into place during those conversations was Arthur’s eerie, otherworldly laugh.

“He was nervous about the laugh,” Phillips recalled, but as soon as he tested it on Phillips, the director said it felt “perfect.” In a scene that comes early in the film, when Arthur is meeting with his social worker, Phoenix had to perform the “exhausting” laugh nine times as Phillips and his crew changed lenses and did re-takes.

“He always did it so well, every time,” Phillips marveled.

Now that the film has topped $1 billion in global box office, on a budget of $60 million, speculation about a sequel has been mounting. “Joaquin and I have talked about it,” Phillips said, affirming the wait-and-see position he has taken in recent months. “We’d really like to do more in this world, but the story would have to be right. Neither one of us wants to do it just to do it.”