Continue to Deadline SKIP AD
You will be redirected back to your article in seconds
Skip to main content
December 31, 2019 11:11am 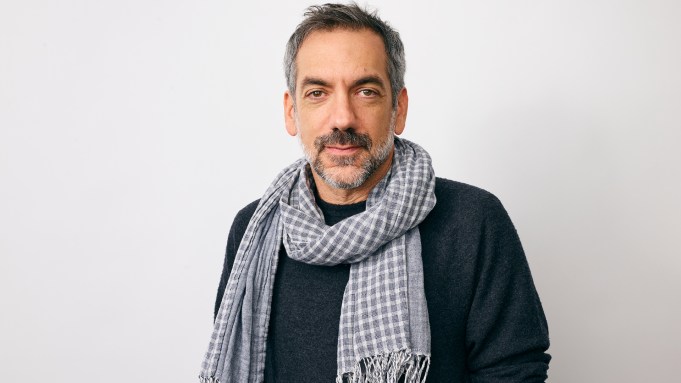 From the moment it picked up the Golden Lion at the Venice Film Festival, Todd Phillips’ Joker clearly wasn’t going to be another comic-book movie. Staring Joaquin Phoenix as troubled loner Arthur Fleck, the Warner Bros film has grossed over $1 billion worldwide, making it the first R-rated film to do so.

Speaking at Deadline’s recent The Contenders New York award-season event, director and co-screenwriter Phillips was asked whether he thought the character’s origins in the DC universe as Batman’s colorful nemesis had anything to do with it. Phillips said no.

“I think it was more than that,” he said. “I mean, I think there are themes in the movie that really resonated with people. None of us thought an R-rated movie could do over $1 billion across the world. But I think the themes in it really resonated. The thing Scott Silver and I set out to do when we wrote the movie together was to make something meaningful in that comic book space, but also something really that addressed what was going on in 2016, when we started writing. It’s pretty obvious what was happening in our country in 2017 while we were writing it, and really wanted to use Joker to make a movie about the loss of compassion and the lack of decorum in the world.

“I’ve been around the world with the movie,” he continued, “and, speaking to the audiences, some people see it as an indictment of America and other people see it as a mirror for what’s going on in their country, both with the lack of compassion and with the wealth and equality issues.”

Phillips, speaking onstage before a DGA Theater crowd of Academy and guild voters, also credited Phoenix for his input, creating an indelible character from scratch. “Working with him, for me, was the greatest experience I’ve had in terms of director and actor,” he said. “I mean part of it was because it’s a character study with one person. I’ve never worked that closely with just one, singular person for 60 days shooting, and for four months leading up to it. He likes to talk about things a lot before we go to set. Meaning, in those four months of prep, we spent a lot of time talking about Arthur, talking about Joker, talking about the transformation, auditioning the laugh, auditioning the voice—all those things that you do. But he goes hard, and we went deep. He likes to just discuss it all.”

Surprisingly, Phillips did not shut down talk of a sequel to his movie, which ends with Arthur becoming the violent psychopath played by Heath Ledger in the original Batman trilogy.

“When a movie does $1 billion and cost $60 million to make, of course it comes up,” he laughed. “But Joaquin and I haven’t really decided on it. We’re open. I mean, I’d love to work with him on anything, quite frankly. So who knows? But it would have to have a real thematic resonance the way this one did, ultimately being about childhood trauma and the lack of love, and the loss of empathy. All those things are really what made this movie work for us, so we’d have to have something that had an equal thematic resonance.”

To hear more from the conversation, click on the video above.