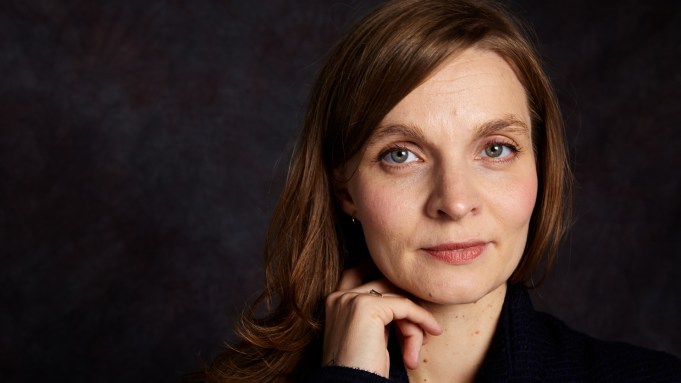 Rising star composer Hildur Gudnadottir, who recently won an Emmy for her Chernobyl score, told a story at Deadline’s recent The Contenders London about how Joaquin Phoenix connected to a specific piece of music she had written for Joker.

In an unusual chronology, the Icelandic composer wrote much of the score before seeing the film and before it had even shot. This way, director Todd Phillips was able to play some of the haunting cello theme to Phoenix as he was transforming from Arthur Fleck into Joker.

“Todd contacted me about half a year before shooting,” Gudnadottir said onstage earlier this month during the Joker panel at the the Ham Yard Hotel. “Normally you’re hired late. I had quite a strong response to the script. He asked if I would like to write some music based on my feelings. He didn’t give me any instructions, he was curious to know what I felt.”

Referencing the music from a clip in which Phoenix undergoes a sort of physical and spiritual metamorphosis into Joker while dancing in a dirty bathroom, the composer revealed, “This was the first, strong, physical connection I had to the character… In this case as I was trying to find my way into these feelings, it was like I was struck by lightning and was like ‘That’s him, that’s him,’ and this piece was formed. Joaquin was having a little bit of a hard time finding his way into the character of Joker. Todd, who knew the music, said he thought it would help to listen to the music. So this whole scene is a real-time reaction to the music. It [the choreography] wasn’t in the script. It wasn’t planned. Joaquin told me a few weeks ago how it helped him become the Joker. This was one of the first dailies they sent me and I was blown away. It was the same physical sensation I got from the character. It was a magical collaboration.”

Gudnadottir was behind the original music for the film but not the wider soundtrack, so she couldn’t speak to the controversial choice of a Gary Glitter song among the film’s music. Warner Bros declined comment when contacted by us.

Check out our chat with Gudnadottir above.