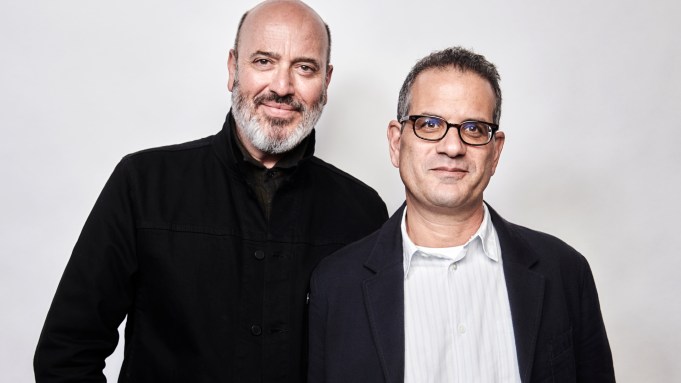 “It’s always a fresh page when you’re working with Joaquin [Phoenix],” said two-time Oscar-winning costume designer Mark Bridges about his work on Joker, during a conversation at Deadline’s recent The Contenders Los Angeles award-season event. “You’re creating a new person from the ground up. Whether he’s Doc Sportello from Inherent Vice, Freddie Quell from The Master, and now Arthur Fleck, we start over. It’s great to work with him.”

Dressing Phoenix as the iconic Batman villain came with an added challenge brought on by the actor’s extreme weight loss, which continued into the shoot. “He was losing weight all along, so you never really knew from one fitting to another if the clothes would still fit,” Bridges said.

Quizzed as to whether it was important to make Phoenix feel comfortable in the costumes, the designer described a balancing act. “I take that into consideration. I’m really there to facilitate his performance, so we talk about that. He’s got to wear the costume for 12 hours a day. There’s some level of discomfort that will help the performance, but there’s another level that will only create blisters — you have to take both things into consideration.”

For production designer Mark Friedberg, who joined Bridges on the Warner Bros panel at the DGA Theater, while the setting for the film was ostensibly the Batman locale of Gotham, his inspiration was early-1980s New York. “This is the New York that both Todd [Phillips] and I grew up in. This is the New York of Taxi Driver. The rough-and-tumble decaying city that also has its own version of beauty.”

“Neither Todd nor I are comic book people,” added Friedberg. “We looked it all up, we saw the [Batman] movies, but this is not meant to be the beginning of a series of movies, or react to any other movies, this is a story made unto itself. It’s Arthur’s Gotham, and it’s a world that is getting crazier out there.”