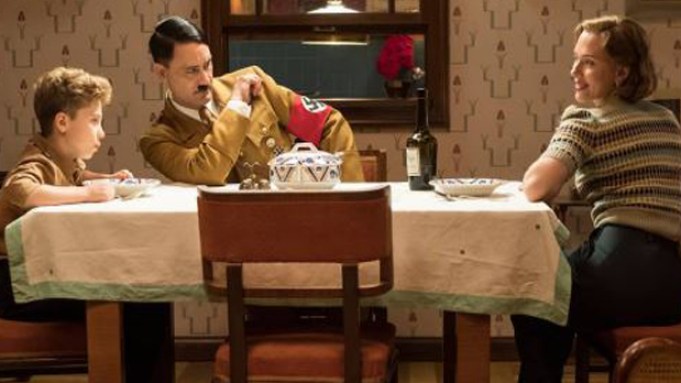 The same day Taika Waititi’s Jojo Rabbit secured its slot in the Toronto Film Festival lineup, distributor Fox Searchlight unveiled the teaser trailer for the satire pic, which will be released October 18.

The trailer does feature a scene with Waititi as Hitler, but as he told Deadline recently it’s not really Hitler. “He’s like a 10 year-old kid’s version of Hitler,” the writer-director said in Deadline’s Disruptors issue. “So he doesn’t have to share anything with actual Hitler, because 10 year olds never meet Hitler. He’s basically a 10 year old who happens to have a tiny little mustache.”

He added: “I didn’t have to do any research, and I didn’t do any research. I didn’t base him on anything I’d seen about Hitler before. I just made him a version of myself that happened to have a bad haircut and a sh*tty little mustache. And a mediocre German accent.”

Waititi, who has had a busy stretch that included a weekend trip to Comic-Con to announce Thor 4, directed and adapted Jojo Rabbit from Christine Leunens’ novel Caging Skies.

Oscars: Toronto Film Festival Gives Big Clues To This Year’s Race – Who Is Out Front?