Continue to Deadline SKIP AD
You will be redirected back to your article in seconds
Skip to main content
December 5, 2019 10:20am 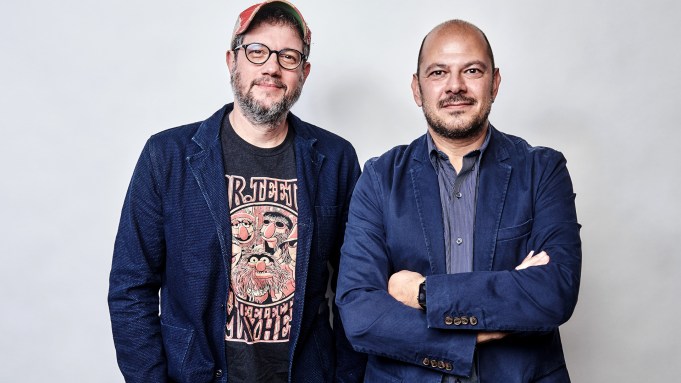 Mihai Malaimare Jr, the cinematographer of Taika Waititi’s World War II movie Jojo Rabbit, said onstage at Deadline’s The Contenders Los Angeles awards-season event that he didn’t see the film as a comedy when he first began the offbeat project.

“I think he’s using comedy for a bigger purpose,” said Malaimare, who has worked with the likes of Francis Ford Coppola and Paul Thomas Anderson. Still, he admitted, “It was very hard not to laugh while shooting this. I was doing my best.”

Malaimare was joined on the Fox Searchlight film’s panel in front of a packed house of Academy and guild voters at the DGA Theater by Oscar-winning composer Michael Giacchino. He also noted the unique vibe of the pic — Waititi calls it an “anti-hate satire” — adapted from Christine Leunens’ novel Caging Skies.

The plot centers on Jojo, a young German boy during the war whose world view is turned upside down when he discovers his single mother is hiding a young Jewish girl in their attic. Aided by his idiotic make-believe friend, Adolf Hitler (Waititi), Jojo must confront his naive patriotism.

“I really felt like we were both on the same page from Day 1,” Giacchino said about his collaboration with Wiatiti. “It’s not to say he also doesn’t have opinions about things as well — we had amazing conversations about a lot of the different scenes because it was an unbelievably difficult film to tightrope-walk.”

“The biggest thing is he’s just so much fun to work with — it was like having one of my 10-year-old friends over making movies, and it was great.”