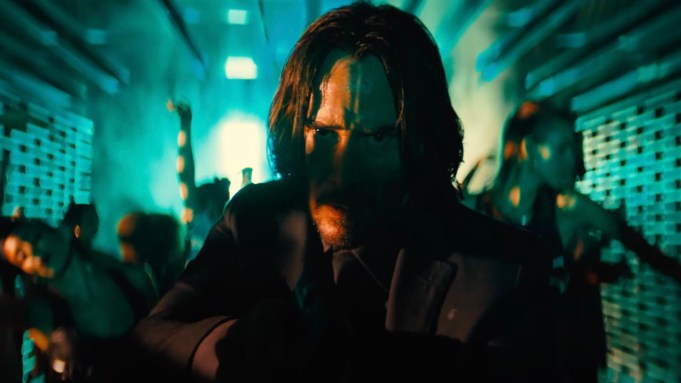 Check out the first trailer above and the poster below.

John Wick (Reeves) uncovers a path to defeating The High Table. But before he can earn his freedom, Wick must face off against a new enemy with powerful alliances across the globe and forces that turn old friends into foes.

As our soft-spoken but ultraviolent anti-hero stalks his prey in international locales, we get gun battles from car to car and horse to horse, axes and clubs to various crania, a swordfight — in short, it’s a John Wick movie.

A few key lines from the footage, which is set to a haunting take on the mid-century hit “Seasons in the Sun”:

“Challenge him to single combat — win or lose, it’s a way out.”

“If you win, the Table will honor its word: You will have your freedom.”

“A man has to look his best when it’s time to get married — or buried.”

“Under the old laws, only one can survive.”

“I want you to find you peace, but a good death only comes after a good life.”

“Just have fun out there.”