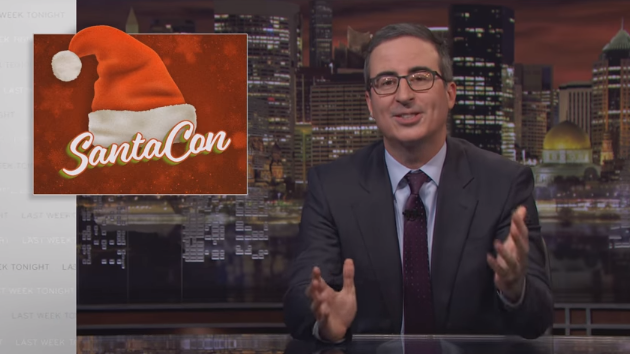 The HBO Last Week Tonight host’s show is on hiatus. But Oliver took time out this holiday season to dress down “manufactured” SantaCon events across the country that attract thousands of people dressed as Santa Claus to bars.

“It’s not a magical occasion, it’s a terrifying combination of binge drinking, public urination and trauma to small children that decades of therapy will never manage to reverse,” Oliver said in a video uploaded to his show’s YouTube page Sunday.

He went on to cite news reports saying 14 people were arrested and four police officers were injured in Hoboken, New Jersey during the 2018 SantaCon gathering.

“Just think about that — ‘Arrested doing SantaCon in Hoboken, New Jersey. That might be literally the saddest sentence in existence,” he said.