New 'Planet Of The Apes' Pic Sets 'The Witcher's Freya Allan To Star, Gets Title & First-Look Image
Read the full story
November 6, 2018 10:59am 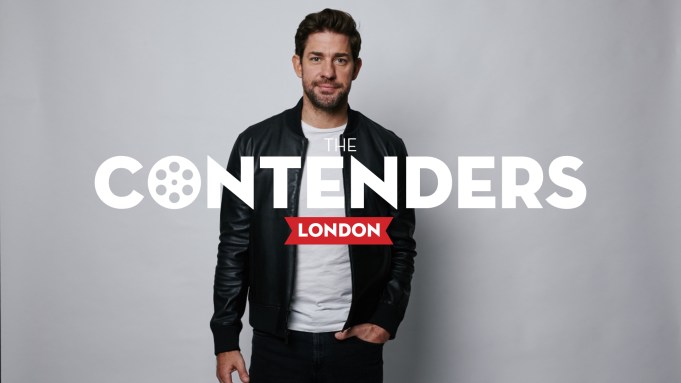 Horror smash A Quiet Place has changed John Krasinski’s life. The Boston-born actor, writer and director told the audience at Deadline’s recent The Contenders London awards-season event that the Paramount film has had a seismic impact on him and his family.

“This movie has changed my life in every single way, not just my career; I’ve not given my total sense to anything before, and I don’t mean that I’ve been lazy, but there was something extremely personal about this movie,” he said. “I said to my wife [Emily Blunt], ‘I don’t think it ever will be like this again’. And my wife, who is a brilliant sage, said, ‘Of course there won’t. This is special and we did it together and there was something about it for your daughters’.”

The Jack Ryan star said the latter was a dealbreaker for him. “In my first call to Paramount I said ‘I have to cast a deaf actress for all the reasons, not just the obvious one, to get an organic performance,’ but also I wanted a partner in crime. I wanted her to walk me through her life. To say she is special is an understatement. We believe she’s an angel.”

In the film, Krasinski and Blunt must protect their family from monsters who are blind but have an acute sense of hearing. However, you don’t actually see the creatures until toward the end of the movie. Said Krasinski: “A friend of mine, Drew Goddard, told me a few amazing things before I went to shoot. He said ‘start creating the creatures now.’ It will be the 12th or 18th version of the creature [that you use]. He also said ‘I’m so happy you’re not showing the creature until the end of the movie and obviously I learned that from any great horror film.”

He said that his mother reminded him that imagination can be scarier than anything you can show. “I wanted this film to have a throwback feel; even though I didn’t watch horror as a kid growing up, I certainly watched everything in preparation for this but I did see Aliens, Jaws, Hitchcock movies and Rosemary’s Baby and there was something about the tension of not knowing what was coming.”

Krasinski is now working on a sequel to the film, which has grossed over $330 million at the box office, adding that although you don’t see much of the wider world in the original, he had written down notes on all of the backstory and where the creatures come from, which could come in useful for the follow-up.