Continue to Deadline SKIP AD
You will be redirected back to your article in seconds
Skip to main content
November 28, 2018 11:45am 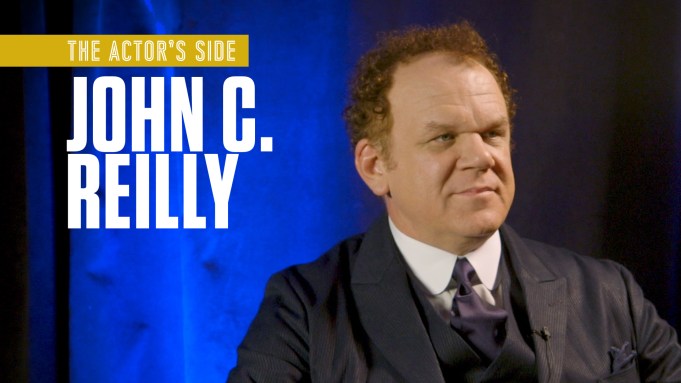 John C. Reilly might just be the busiest actor on the planet these days. This fall alone he has four movies out including the terrific sequel Ralph Breaks the Internet; the upcoming Christmas release comedy Holmes and Watson, again opposite Will Ferrell; the Western The Sisters Brothers, in which he stars opposite Joaquin Phoenix and which won a directing prize at Venice this year; and the poignant Laurel and Hardy tale Stan & Ollie, which will have an Oscar-qualifying run at the end of December and in which he plays Oliver Hardy to Steve Coogan’s Stan Laurel. Whew!

That’s a full plate, but Reilly makes everything he touches particularly memorable, something I brought up when he came in recently to tape a session of my Deadline video series The Actor’s Side at our Deadline studio. In the interview we focus on his later career turn into comedy, which he says was unexpected and due in part to the success of Step Brothers, a movie that has a rabid cult following even 10 years after it was made.

He also talks about how resistant he was to agreeing to Stan & Ollie, as he is a huge Laurel and Hardy fan and was a bit shy about tackling anything that might be perceived as not worthy of the duo. He even tried to talk the director out of hiring him. He needn’t worry about that: the film in which Coogan is equally wonderful as Laurel could not be a greater reminder of what made the pair so iconic as it deals with a live UK tour they made in the 1950s when demand for L&H movies had dried up.

As for The Sisters Brothers, Reilly doesn’t like the label “Western” as he believes the film is much more universal than just being in that genre, closer in spirit he says to movies like Treasure of the Sierra Madre and The Night of the Hunter. However you label them, Reilly’s films are unique unto themselves.

Check out our conversation above. To see more episodes of The Actor’s Side, click here.