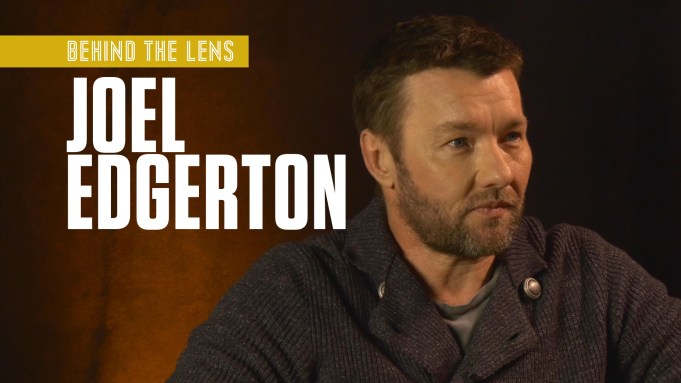 Joel Edgerton is a multi-talented, multi-faceted actor, director, writer and producer who wore all of those hats in bringing to the screen Boy Erased, the adaptation of Garrard Conley’s memoir about the journey into and out of conversion therapy. The acclaimed film is the second feature film directorial outing for Edgerton after getting his feet wet with the thriller The Gift, for which he got a DGA nomination for Best Film Director.

Of course, Edgerton is best known as an actor in such films as The Great Gatsby, Black Mass, Loving, Zero Dark Thirty and many others, but as he proves with Boy Erased — in which he also takes on a supporting role as the man who runs the conversion therapy center deep in the American South — his abilities go far beyond appearing just in front of the screen.

When he visited our Deadline studios for the latest episode of my video series Behind the Lens  we talked about why he wanted to take on this particular challenge of adapting Conley’s book, and staying true to the core of the remarkable story. He also talks about how the casting of fellow Australians Nicole Kidman and Russell Crowe came about, calling it “an unpatriotic choice.”

Edgerton begins our talk by stating his preference for always having dirt on his face when he acts. You know you just have to hear that.

Check out our conversation above. For past episodes, click here.