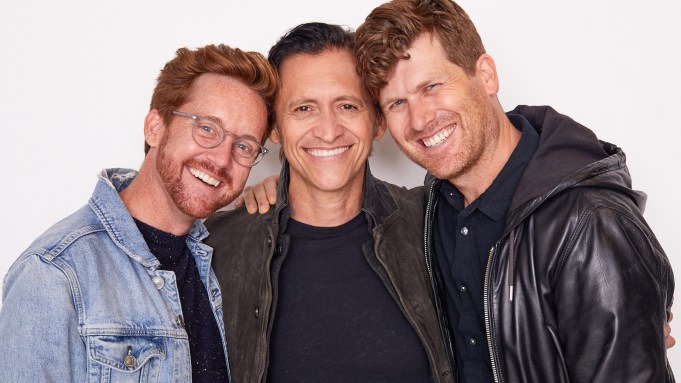 “For all the horse-racing movies, they didn’t show the life of a jockey,” says director, producer and co-writer Clint Bentley about his latest movie Jockey, which after making a premiere at Sundance earlier this year, with a pick-up by Sony Pictures Classics, begins the awards season race with a recent premiere at TIFF.

The pic follows Clifton Collins, Jr. as an aging jockey, who may be near his twilight, who suddenly learns he may have a son. As Todd McCarthy wrote back in January, “This is not the kind of horseracing film that’s filled with stadiums full of people, big bettors and hard-fought runs to the wire,” rather a pic that’s set during the quiet sunset dawns; “the kind of story Sam Peckinpah might have been partial to in his quieter, Junior Bonner mode” says Deadline’s film reviewer.

“My dad was a jockey, I grew up in the world of horse-racing, grew up behind the barns, grew up at the tracks. I was babysat by trainers while my dad was working horses. As I got a little older and became a filmmaker, I felt it was a rich, interesting world we hadn’t seen before,” adds Bentley.

Check out our TIFF studio interview with Bentley and Collins, Jr.; the project took three years to make until Bentley decided to whip it up with a crew of ten people at a Phoenix, Arizona racetrack.

The pic, which is already 93% Fresh on Rotten Tomatoes, opens Dec. 29 in New York and Los Angeles.