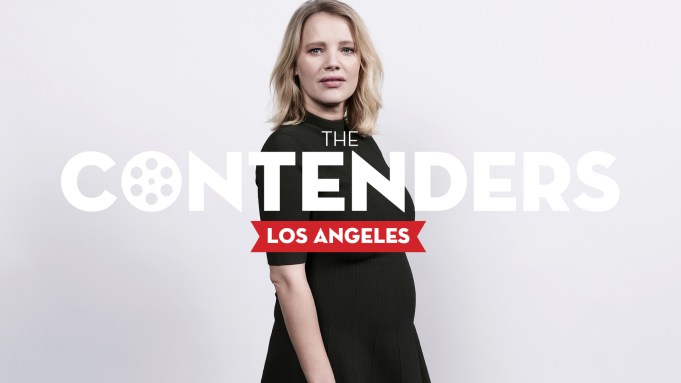 Amazon’s Cold War has been heating up since Pawel Pawlikowski won the Cannes Film Festival’s Best Director award for it after its world premiere there in May. The black-and-white film, the follow-up to the helmer’s 2015 Foreign Language Oscar winner Ida, was just shortlisted for this year’s Oscar race as Poland’s entry after scoring major wins at the European Film Awards.

The captivating music- and dance-filled film stars Joanna Kulig and Tomasz Kot in a love story between two people of different backgrounds and temperaments, fatally mismatched and set against the Cold War in the 1950s in Poland, Berlin, Yugoslavia and Paris.

Kulig recently was in the spotlight at Deadline’s annual awards-season event The Contenders Los Angeles and told the packed crowd of Academy and Oscar voters that the main song that threads throughout the film, the Polish folk staple “Dwa serduszka” (Two Hearts), itself evolved to “tell the love story of the couple” — her Zula and Kot’s Wiktor, which are characters based on Pawlikowski’s own parents.

“[The] evolution of our music is the evolution of our love,” said Kulig, who explained (and then demonstrated, in full voice) how she had to adapt the song’s stylings to match the movie’s shifting themes. She also had to learn various forms of dance from scratch.