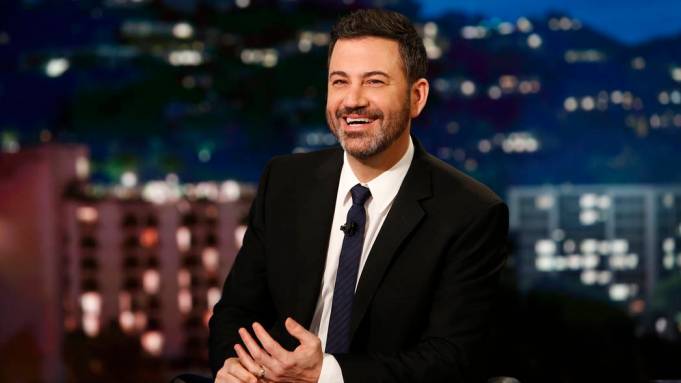 As Republicans seek to replace the Affordable Care Act a.k.a. Obamacare, Jimmy Kimmel explains why he thinks voters should consider healthcare policies upon casting their ballots this election season. To remind voters of what’s on the line, the Jimmy Kimmel Live host shared an emotional video that documents his son, Billy’s life with a pre-existing condition.

The clip, also made by wife Molly Kimmel, features Billy’s first minutes in the world. It also shows the moments when Kimmel and Molly learned that their son was born with a pre-existing condition.

“This is what it’s like to live with a pre-existing condition,” the video reads as it features a slideshow of baby Billy hooked up to various wires and sensors in the NICU. The clip goes on to display pictures of the child recovering after his open heart surgery, of which he has had three.

“Families go broke trying to keep their loved ones alive,” the video states. “People die because they cannot afford to live.”

The video then features President Donald Trump speaking about his plans to replace Obamacare with another healthcare option that will supposedly cover Americans’ pre-existing conditions. However, despite Trump’s declaration, Kimmel highlights the many Republican figures who have voted to repeal the Affordable Care Act, from Lindsey Graham to Mitch McConnell.

Videos of Billy, now three years old, dancing and playing follow the list of GOP senators. After the heartwarming footage, Kimmel brings his message to a close with a simple request: “Americans take care of one another. Vote with your heart.”