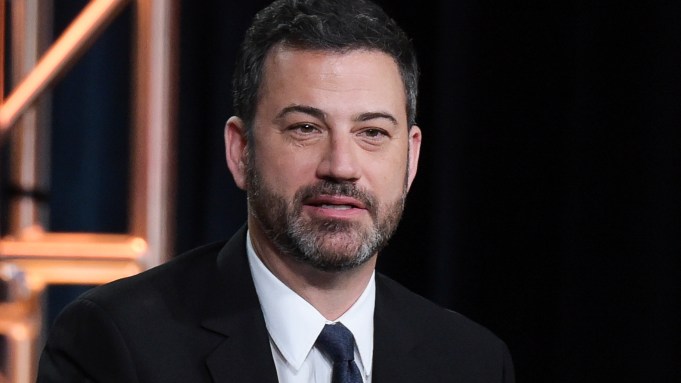 “It appears that there is one Republican with skin even thinner than Donald Trump,” Jimmy Kimmel snarked, describing the congressman as “basically the toilet paper stuck to Trump’s shoe,” in a nod to the much replayed video of POTUS climbing the stairs to Air Force One with toilet paper in tow.

Last month, Devin Nunes filed a $250 million lawsuit against Twitter and a couple of Twitter accounts “that were making fun of him,” Kimmel described.

Now, Nunes is taking action against his hometown newspaper, the Fresno Bee, suing for $150 million, because of a story that linked a company in which he is an investor to a yacht party at which the entertainment reportedly included cocaine and prostitutes.

“And, in a delightful twist, as he was filing this lawsuit, as he announced it, to separate himself from the cocaine and prostitutes the hashtag #YachtCocaineProstitutes became the No. 1 trending thing on twitter,” Kimmel marveled.
“It’s nice when we can all agree on something, isn’t it?” the ABC late-night host enthused, admitting that when he saw that hashtag on Twitter, “I just assumed Kid Rock had a new album out.”
“Devin Nunes is a very angry little snowflake,” Kimmel described, urging viewers, “Do not use this hashtag when writing about him, or he will sue you,” as  #YachtCocaineProstitutes played on screen.