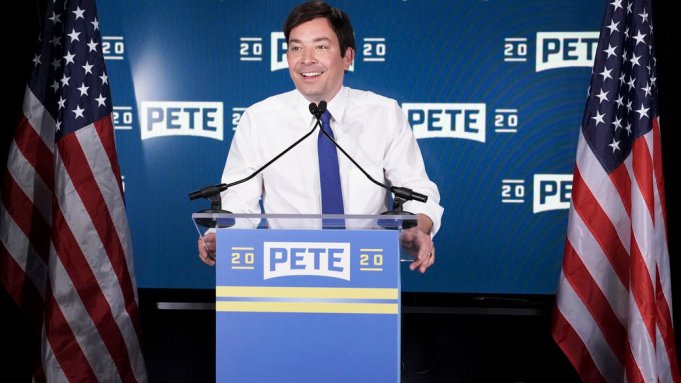 “By age 14, I knew I wanted to be President of the Untied States – and boy, the two years since have just flown by!” he enthused.

“I’m a Rhodes Scholar, a lieutenant in the U.S. Navy, and the two of the smartest kids in the world stacked on top of each other.

“I was so qualified to go to college, Harvard bribed me to go. That’s how got nickname The Reverse Aunt Becky,” Fallon said, in a Lori Loughlin joke.

“Buttigieg” acknowledged some voters wonder what a millennial president could bring to the table.

“In the coming months, I plan on bringing common sense to the Democratic Party. I’ll speak to you in plain English, or in any of the 47 languages I know.”