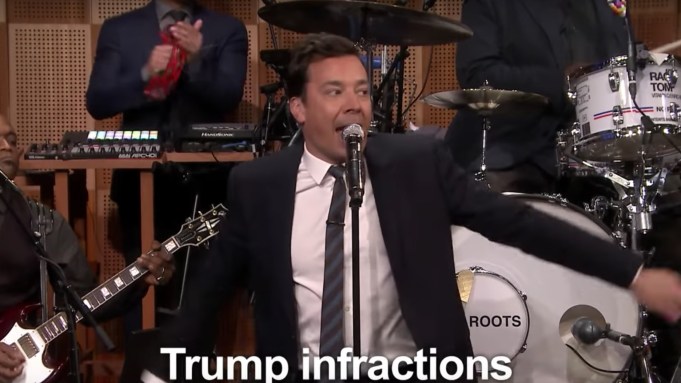 Maybe Jimmy Fallon’s Mueller-inspired parody of the Rolling Stones’ classic “(I Can’t Get No) Satisfaction” will put a smile on the face of a still-recuperating-from-heart-surgery Mick Jagger. But it’s the thought that counts.

With some groaners for lyrics (“I can’t take more, more redactions! I can’t read those Trump infractions!”), Fallon pulled out his Jagger impression for the parody song on last night’s Tonight Show. Good timing: The Stones’ latest compilation album Honk (which raids the band’s post-’71 hit list so doesn’t include “Satisfaction”) was released today.

“And I try, try to find, what they hide ‘neath the lines,” sings Fallon, backed by house band The Roots, before getting to the hook: “I can’t get no Mueller memo!” He even namedrops Wolf Blitzer at one point, and compares the blacked-out Mueller Report to a “damn Dalmatian.”