Bob Dole Dies: Former Presidential Candidate And Senator Was 98
Read the full story
May 30, 2019 10:14am
6Comments 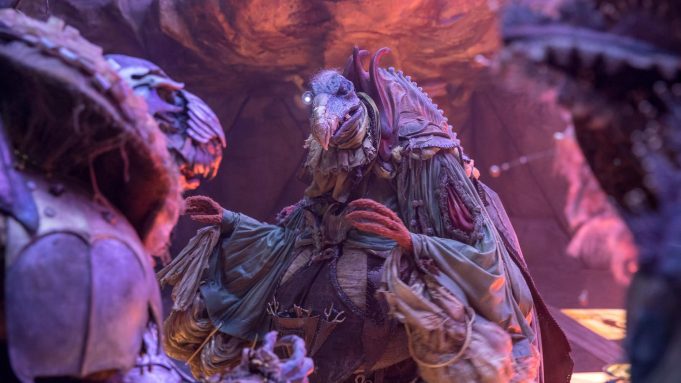 The Jim Henson Company’s The Dark Crystal: Age of Resistance series launches as a Netflix Original on Aug. 30 and the just-arrived trailer shows the revival of the Reagan Era fantasy brand has held on to its unique, stylized puppetry persona but also expanded out its visual ambitions (and Gelfing gravitas) with 21st Century digital wizardry.

Executive Producers Lisa Henson, Louis Leterrier, and Halle Stanford also have a epic-worthy ensemble giving voice to the fantasy factions that populate the world of Thra in this prequel to the 1982 feature film.

The synopsis: “When three Gelfling discover the horrifying secret behind the Skeksis’ power, they set out on an epic journey to ignite the fires of rebellion and save their world. Based on The Dark Crystal, Jim Henson’s groundbreaking 1982 feature film, The Dark Crystal: Age of Resistance tells a new epic story, set many years before the events of the movie, and realized using classic puppetry with cutting edge visual effects. The world of Thra is dying. The Crystal of Truth is at the heart of Thra, a source of untold power. But it is damaged, corrupted by the evil Skeksis, and a sickness spreads across the land.”