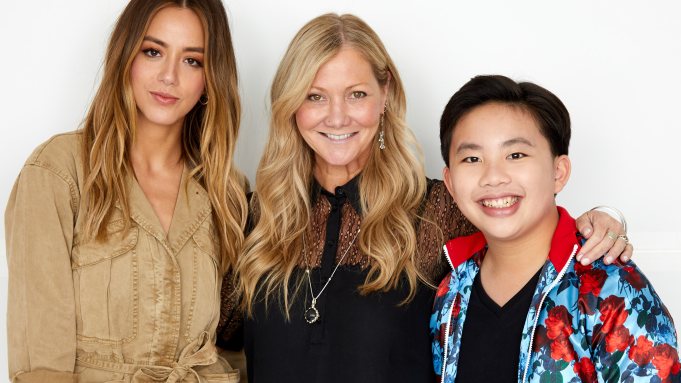 Jill Culton and Todd Wilderman’s animated feature Abominable follows the friendship between a yeti and Yi—a teenage girl (voiced by Chloe Bennet)—as they try and reunite the creature with his family.

For Culton, Bennet was perfect in the lead role. “One of the things that was really important to me is to have a very strong female lead,” she said at Deadline’s TIFF studio. “I feel like I grew up with princess movies, and I was a tomboy and grew up in Ventura, where there was surfing and skateboarding and camping. I just really felt like, I wish there were a role model for me. So, I really set out to create a role model who was independent and kind of a scrapper of a girl, and someone who could really drive the movie. And we found the perfect scrapper in Chloe Bennet.”

And Bennet embraced the less traditionally-gendered dreams and aspirations Yi experiences in the story. “I thought there was something wrong with me for feeling so different,” she said. “You’re told as a young girl that your worth is going to be based on what kind of guy you fall in love with at the end of the movie. What I love about this film is that it’s really a love story for her finding out about herself, and growing into who she is, and dealing with grief, and learning to communicate. It’s a very beautiful movie, thematically, in that way, and it’s also just such a stunning visual.”

Albert Tsai, in the role of Peng, enjoyed his character’s indomitable spirit. “I just loved the personality of Peng,” he said. “He was just so fun-loving and carefree, and super energetic, and he was just always optimistic. I feel like when everyone else is giving up, he’s still there.”