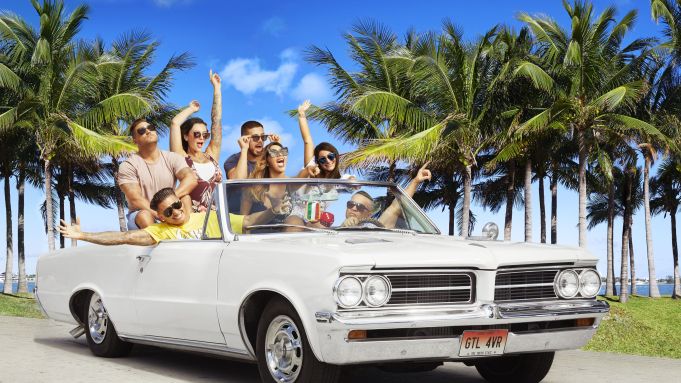 MTV has dropped the official trailer for Season 4 of Jersey Shore Family Vacation, filmed entirely in a quarantine bubble.

For the first time ever, cast and crew took over an entire resort where a bubble was created with series producer, SallyAnn Salsano’s 495 Productions, adhering to local, state and federal COVID-19 health and safety requirements. In the return episode, the roommates come together in the aftermath of Angelina’s wedding and the speech heard around the world that left the family fractured. Now all together under one roof, the boys attempt to make the family whole again. DJ Pauly D, Mike “The Situation”, Vinny and Ronnie hatch a plan to reunite the girls, invite the extended family to distract them from the drama, and hope for the best.

Cast also includes Deena Nicole Cortese and Jenni “JWOWW” Farley. Original Jersey Shore cast member Nicole ‘Snooki’ Polizzi announced last December that she would not return for a fourth season of Family Vacation; the other stars are all back.