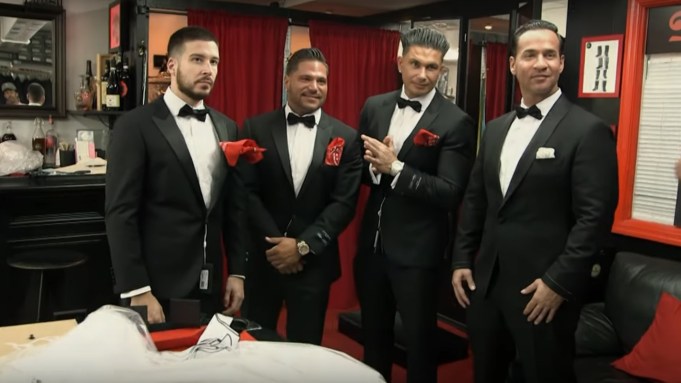 MTV has released the official trailer for the second half of Season 2 of Jersey Shore Family Vacation, which airs tonight inside a new episode of spin-off Double Shot At Love with DJ Pauly D & Vinny.

In the remainder of Season 2, the older but somewhat wiser Jersey Shore crew continues dealing with the curve balls that life has thrown their way. The squad rallies around Mike, who’s facing prison time and planning a wedding; Deena’s about to give birth; Jenni’s contemplating divorce; Ronnie’s fed up with all the jokes at his expense; and Pauly can’t resist just one wedding prank.

The Jersey Shore phenomenon that began a decade ago (!) has spawned a number of spinoffs including Floribama Shore — which was renewed for a third season this week — and international remakes such as Geordie Shore (UK), Gandia Shore (Spain), Warsaw Shore (Poland) and Acapulco Shore (Mexico).