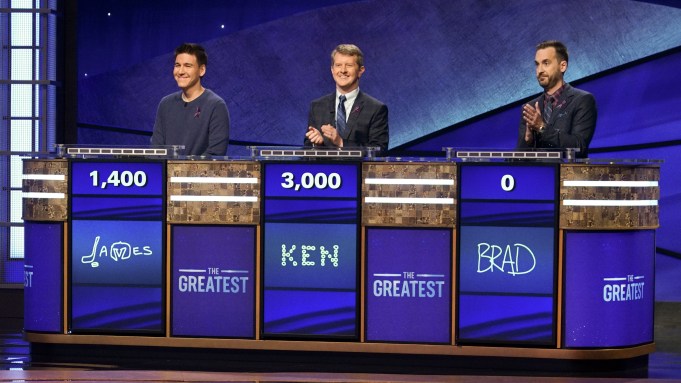 Who is Ken Jennings? Jeopardy! announced Thursday that the all-star player will join host Alex Trebek and the rest of the team for season 37 of the beloved trivia game.

Jennings, also known as the Jeopardy! G.O.A.T. (greatest of all time), will join the Sony game show as a consulting producer when the season starts back up on Sept. 14. As a consulting producer Jennings will present some of the show’s newest categories, offer clues, develop other Jeopardy! projects and help the team in their search for new contestants.

While the former Jeopardy! contestant is slated to head back to his stomping grounds, Trebek says he’s not going anywhere.

“Don’t worry, I’ll still be the host,” Trebek tells his fans in a promotional video. “And I’m looking forward to seeing you.”

Jeopardy! returned to the studio late July, following a COVID-19 production shutdown. The newest season will see a redesigned stage that allows more space between the three contestant podiums and more distance between the players and Trebek.

Jennings, who holds the record for longest Jeopardy! winning streak at 74 games, joins the team more than a year after Trebek was diagnosed with stage 4 pancreatic cancer.

Since Trebek’s diagnosis in March 2019, the legendary TV host has since kept fans and audiences updated on his health journey. In short videos on social media, Trebek has shared almost everything with Jeopardy! fans, from the devastatingly low moments of his chemotherapy sessions to the emotional highs that make him feel that he could overcome the illness.

In July Trebek told shared that he’s doing well and that his treatment has been paying off.

Watch the announcement video above.