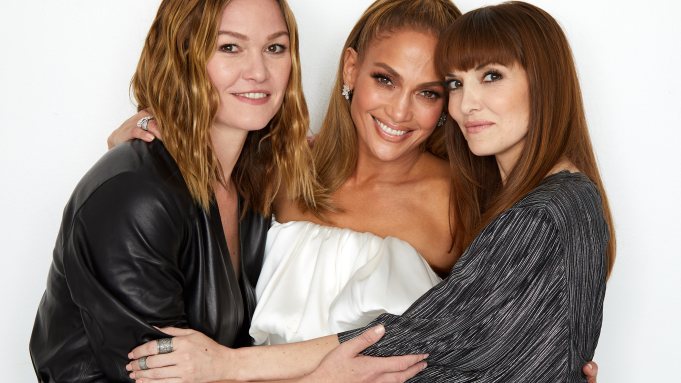 When Lorene Scafaria set out to tell the true tale of a group of strippers turned thieves, she knew she wanted to present the women from a new and authentic perspective.

“There’s certainly been a scene in a strip club in every movie and TV show ever,” she said at Deadline’s TIFF studio, “but so few have been told from the women’s perspective, from the dancers perspective. So, I was really interested in exploring that through their eyes, and I thought there was a beautiful friendship story at its core.”

Based on a New York Magazine article by journalist Jessica Pressler, the story follows Destiny (Constance Wu) and Ramona (Jennifer Lopez) as they find new and creative ways to fleece their wealthy banker clients.

For Lopez, the truth behind the story was a major factor in wanting to be involved. “I love movies that are based on some sort of reality, whether it’s from an article or a book,” she said. But for me, when I read it, I just really loved what it was about. First of all, it’s a very sexy, kind of glamorous, dangerous, scary world. So it’s like already, those words don’t even go together, but when they do, it’s really intriguing; it’s really interesting. I knew that it would be kind of flashy, but also kind of underground.”

The role of Ramona also challenged Lopez to play someone with more obviously problematic character traits than her previous roles. “For me, the most compelling thing—and it was on the page—was that she actually was more bad than good, in a way, than I had played before,” she said. “So, that was new for me, and also kind of terrifying at the same time. Not just because of the physical aspects of learning what I would need to learn, but also the emotional aspects of baring yourself in that way, and then at the same time, owning it, and being unapologetic about your lifestyle and your choices. So, there were so many things about it that drew me in.”

Playing journalist Pressler, Julia Stiles made sure to spend time with the real woman and get her true-life take on the story they were telling. “We spent the day together and I grilled her,” Stiles said, “and asked her a million questions, and I told her I wasn’t going to try and imitate her. But I think what I love about that role in the film is largely based on her perspective in writing the article, which is that she has compassion for her subjects and cares about her subjects…And that also reflected in the film, because what my character provides is this compassion.”