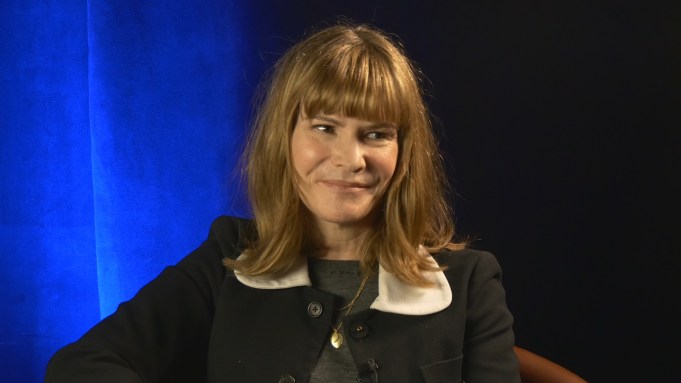 From Last Exit to Brooklyn and Single White Female to her Oscar-nominated turn in Quentin Tarantino’s The Hateful Eight, there can be no doubt Jennifer Jason Leigh is one of the most interesting, and certainly most prominent, risk-taking actors around. Since bursting on the scene as a teen — most notably in Fast Times at Ridgemont High — she has proven to be a star who consistently takes on challenging and often gut-wrenching roles in a career that has been always fascinating just for the choices she makes.

She continues to make them, too, right up to Showtime’s acclaimed limited series Patrick Melrose, in which she plays the mother of the title character (played in later years by Benedict Cumberbatch). It is yet another role requiring her to go to dark places as a troubled woman who won’t exactly win any awards for mother of the year. That aside, Leigh is being buzzed for Emmy attention for the series, which brings her back to TV between assignments in her newly reignited movie career thanks to her unforgettable portrayal of the morally challenged Daisy in Hateful Eight. That film brought her a long-overdue first Oscar nomination — and rightly so.

In the latest episode of my Deadline video series The Actor’s Side, Leigh and I talk about her career choices in detail along with her praise for Tarantino, her early days as the daughter of showbiz parents Vic Morrow and writer Barbara Turner, and of course Patrick Melrose. Check out our full conversation above.

To see past episodes of The Actor’s Side, click here.