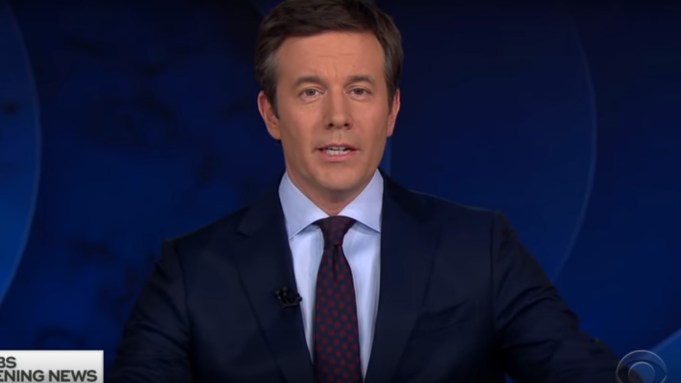 Jeff Glor signed off as anchor of the CBS Evening News for the final time Friday, wrapping his last broadcast before Norah O’Donnell takes over this summer from the show’s new home base in Washington, D.C.

Glor took a few minutes at the end of the broadcast to wish O’Donnell “the best of luck” and give special thanks to the staffers who helped him put the news show together.

“As we leave here tonight I just want to say thanks. This is a short broadcast, but a long game. Through it all, the people who put on the Evening News remain committed,” he said. “This program will be moving to Washington D.C. in the coming months. I wish Norah O’Donnell the best of luck, though she won’t need it. Because of the people backing her up.”

“I’d like to use the time I have left in this night to recognize them. Their hours are long and unpredictable. Their family and friends are unfailingly patient,” he continued. “I’m awed, every day, by their dedication to writing the first draft of history and telling America’s story. I’m awed by their grace. I thank them, and you. I’ll see you soon. Goodnight.”

CBS News will put a rotation of buffer anchors into the seat between Glor’s exit and O’Donnell’s start, beginning next week with John Dickerson, who is being moved to 60 Minutes.

In addition to O’Donnell as evening news anchor, Gayle King will debut as head host of CBS This Morning, joined by Anthony Mason and Tony Dokoupil, on May 20. Mason and Dokopil are replacing Dickerson and O’Donnell.