Continue to Deadline SKIP AD
You will be redirected back to your article in seconds
Skip to main content
August 3, 2018 4:07pm
2Comments 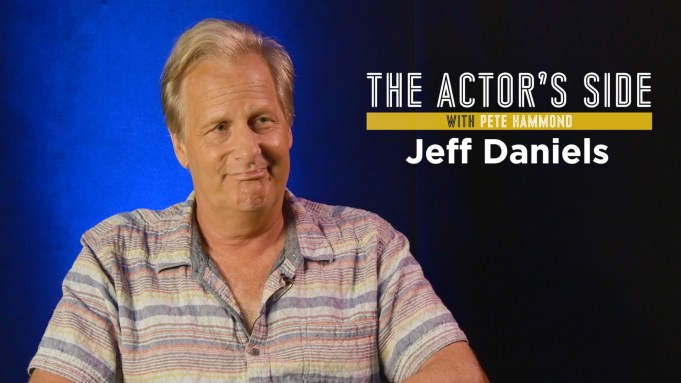 Quite a feat for the journeyman actor who talks about both very different roles when he visits the set of my Deadline video series, The Actor’s Side. In a wide-ranging conversation, he talks about the tricks of acting on a horse in Godless and why playing the bad guy can be a lot of fun. He also talks about the harrowing experience in playing O’Neill, the former FBI agent who became head of security  for the World Trade Center just one month before 9/11 brought its Twin Towers crashing down. Both of these roles have put him squarely in the race this year.

He also talks about his film and stage career, his Purple Rose Theatre Company in Michigan (named after the 1985 Woody Allen film in which he starred, giving him his first big break he says),  plus apreview of his upcoming Broadway turn as Atticus Finch in The Newsroom creator Aaron Sorkin’s stage adaptation of To Kill a Mockingbird. Any trepidation about taking on such an iconic role? Click on the link above ,watch our conversation, and find out.

To see past episodes of THE ACTOR’S SIDE just go to: https://www.facebook.com/ActorsSide/