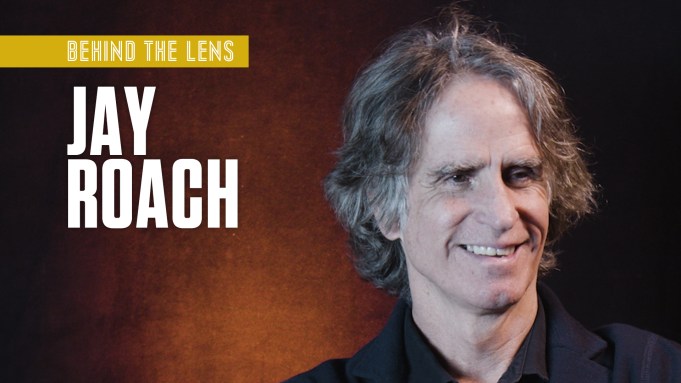 Jay Roach may have started out as a feature film director with a series of wildly successful comedies — including both the Austin Powers and Meet the Parents franchises — but in recent years his focus has been bringing to the screen hotly political and socially relevant topics including his latest film Bombshell, which is decidedly no laughing matter.

The film, which chronicles the Roger Ailes sexual-harassment scandal that rocked Fox News to its core, examines just what happened as a group of female Fox News employees — from lowly staffers to star anchors like Megyn Kelly and Gretchen Carlson, the latter being the initial whistleblower — banded together, resulting in the ouster of the powerful kingpin of Fox News who used his position to demand sexual favors. That the film is set before even the Harvey Weinstein scandal really blew all the doors wide open is prescient, and that it could have happened at a network that caters to Republicans and conservative points of view means this is not a partisan issue at all but one that can, and has, happened anywhere.

When Roach came to our Deadline studios to tape this week’s edition of my video series Behind the Lens, he discussed all the aspects of bringing this film to life, including working with his three main female stars: Charlize Theron, who plays Kelly; Nicole Kidman, who plays Carlson; and Margot Robbie, who as Kayla is meant to be a fictional character representing all the very real staffers who had signed NDAs in their settlement agreements with Fox and couldn’t speak for themselves.

In our conversation, Roach and I discuss how with movies like Recount, Game Change, All the Way, and even the Will Ferrell comedy The Campaign, he is using his own powers as a filmmaker to delve into important, often political stories that shine a light on things affecting the real world and continue to do so. In the case of Bombshell, we also talk about how this film is just as much for men to see as it is women, and in fact that is something he and screenwriter Charles Randolph forcefully agree upon, and hope that their film is seen by as many men as possible. He also talks about the decision to blend some actual documentary footage in with the actors, particularly in having Donald Trump essentially play himself opposite Theron.

In addition to all this, Roach talks about the many comedies he has made, how he got into that world, and whether a fourth Austin Powers could be in the works.